With LIV Golf and Newcastle United under their wing, will Saudi Arabia look to expand their portfolio with a shock move for Premier League giants Manchester United and Liverpool?! Also, Ronaldo too! 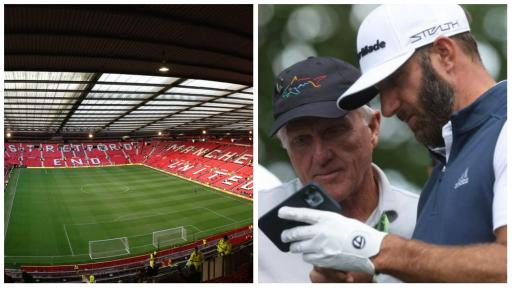 With LIV Golf and Newcastle United FC firmly under Saudi Arabia's wing in 2022, could the kingdom be set for a shock move for Premier League giants Manchester United or Liverpool now that both clubs are seeking outside investment?!

What about Cristiano Ronaldo, too?! (more about that at the bottom of this article).

Saudi Arabia's sports minister Prince Abdulazziz bin Turki Al-Faisal is certainly not ruling out any of the latest speculation.

“I hope so, if there are investors and the numbers add up, and it makes a good business,” he said. ”Then the private sector could come in, or companies could come in, from the kingdom.
“We will benefit, sports in Saudi will benefit from these collaborations of this ownership because we do exchange programs already with Newcastle and our connections around the world.
“The Premier League is the best league in the world. Everyone’s watching the Premier League. It’s the most watched league and there are diehard fans of these teams in the kingdom. So it would be a benefit for everyone.”

The 2021 takeover of Newcastle United by a consortium consisting of PCP Capital Partners, Reuben Brothers and the Public Investment Fund of Saudi Arabia (PIF) was a takeover that was successfully concluded in October 2021.

Newcastle United, led by manager Eddie Howe, have spent more than £200 million on players since the takeover and they broke their club record fee following the signing of Alexander Isak earlier this season.

The Magpies currently find themselves in third position in the Premier League table as the season rests for a month due to the winter World Cup in Qatar.

The Public Investment Fund of Saudi Arabia then of course revealed they were funding the breakaway LIV Golf League led by two-time major champion Greg Norman earlier this year, in arguably the most controversial deal to happen in the sport's history.

Mickelson was said to have received a payment of $200 million to sign up to LIV Golf, and Johnson and Smith among others are said to have picked up cheques in the region of $125 million to $150 million.

And it would seem they are not resting on their laurels as they line up more star PGA Tour names ahead of the 2023 season that starts in February.

The LIV Golf League for 2023 will comprise a new 60-player lineup and 14-tournament, eight-month schedule.

Mickelson has also told the media that "a lot of stuff is going to happen" on LIV Golf next year and beyond.

PGA Tour star Rory McIlroy wants Norman to be axed from his role so that the global tours can find "compromise" in working together for a better future in the professional game.

As right now, it's fairly toxic to say the least.

The kingdom of Saudi Arabia has also invested more than $2 billion in long-term football sponsorship deals this year.

According to multiple reports, Saudi Arabia now has sights firmly set on Manchester United, and also Liverpool, with both Premier League giants now understood to be "open to investors".

Club statement on a process to explore strategic options for Manchester United.#MUFC

Record 20-time Premier League winners United could even be sold in its entirety by the Glazer family.

It is believed the Florida-based owners, who loaded the football club with debt to take control for just under $800 million back in 2005, now want a huge £8 billion.

A number of interested parties have allegedly expressed their interest this week, one of which is lifelong Manchester United fan and British billionaire Sir Jim Ratcliffe.

But Sir Jim recently thought the club would be valued at nearer £5 billion, so whether or not that rules him out is another question.

The current value figure is certainly one of interest for Saudi Arabia, though.

“From the private sector, I can’t speak on their behalf, but there is a lot of interest and appetite and there’s a lot of passion about football.
“It’s the most-watched league in Saudi and the region and you have a lot of fans of the Premier League.
“We will definitely support it if any [Saudi] private sector comes in, because we know that’s going to reflect positively on sports within the kingdom.
“But if there’s an investor willing to do so and the numbers add up, why not?”

Ronaldo, who is playing for Portugal at the World Cup at the moment, saw his contract terminated by Manchester United following his controversial interview with Piers Morgan.

TONIGHT: Cristiano Ronaldo parts ways with Manchester United and the Glazers could follow after the most explosive interview of the year.

Get all the latest developments and reaction on Piers Morgan Uncensored at 8pm.@piersmorgan | @TalkTV | #PMU pic.twitter.com/RCMwhNgHFP

Simon Jordan: “I don’t make puerile comments like you do!”

Piers Morgan: “Can I just say you are talking complete nonsense!”

Simon Jordan: “You sat there with no constructive objectivity!”

Simon Jordan vs @PiersMorgan on the Ronaldo interview is a MUST watch! pic.twitter.com/D0IA09Ycv4

"Who wouldn’t want him to play in their league?"
"He’s a role model to a lot of young players and then Messi – I’d love to see them both play in the Saudi League.
"Top players coming to the Saudi League to play would reinforce the programs we are doing and it will showcase that the league is strong."

Will Saudi Arabia invest in Manchester United or Liverpool? Will they sign Ronaldo? Share your thoughts over on the GolfMagic social media channels now.