Kevin Na's bid to backdoor his way into the 2023 Masters appears to have failed after he withdrew from the Australian PGA Championship. 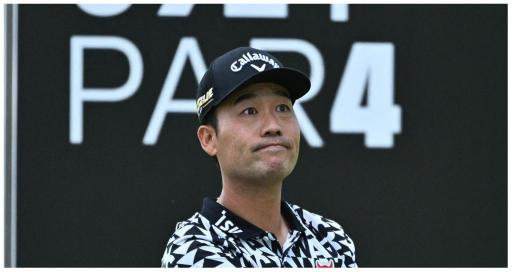 LIV Golf player Kevin Na made a rare trip to down under this week for the Australian PGA Championship in a bid to backdoor his way into the 2023 Masters.

Na had made the trip in the attempt to acquire some much-needed world ranking points so he could cement his place at Augusta National next April.

Related: Have you seen the new-look 13th hole at Augusta?

The 39-year-old is currently the World No. 47. Only the top 50 players by the end of the calendar year can guarantee an invite to the coveted major.

Na has previously been ranked as high as No. 19.

If Na were to qualify, it would mean that he would be making his 12th appearance at Augusta National. His best finish there is a T-12.

Na was expected to join fellow LIV Golf players Cameron Smith and Marc Leishman in the field at Royal Queensland GC in Brisbane this week.

At the time of writing Smith had a three-stroke lead heading into the final round.

Like every other LIV player, Na's world-ranking has dropped considerably since he joined the breakaway tour.

Patrick Reed previously stated he was "getting hammered" in this regard. Rory McIlroy believes the ranking system is fair.

Na was one of the first players to resign his PGA Tour membership before LIV Golf's inaugural event at Centurion Club.

LIV Golf are still not accredited by the Official World Golf Ranking for their 54-hole events, meaning players like Na have to look for alternative routes to qualify for golf's four major championships.

The Australian Open is co-sanctioned by the DP World Tour.

You might be confused as to why LIV Golf players are allowed to play.

The PGA Tour of Australia is allowing them to participate because there is no conflicting event.

Moreover, the chief executive of the PGA of Australia - Gavin Kirkman - has stated that LIV players will always be welcome in their tournaments.

Earlier this month, he said:

"Both the [major] tours have made their decisions on sanctions or penalties based, but our current regulations and policies for our members are about playing in a conflicting event.
"Our position is they were always going to be welcomed home. If they're a full member of the PGA Tour of Australasia, and they enter in an event, our current regulations deem that we can’t stop them from playing. Our Australian players who are playing LIV golf, we respect their decision."

A number of LIV Golf players are currently perilously close to dropping out of the top 50 and losing an invite to The Masters.

Augusta National has not yet stated if they will ban the so-called "rebels" from participating.

LIV players Harold Varner III, Jason Kokrak, Brooks Koepka, Louis Oosthuizen and the aforementioned Na are just inside the top 50 in the world.

Paul Casey and Bryson DeChambeau are now outside the top 50. DeChambeau has an exemption into next year's Masters because he won the 2020 U.S. Open at Winged Foot.

Earlier this week the aforementioned Leishman admitted that he would be "fine" if he was unable to participate in any more major championships if he was banned for having joined the breakaway tour.