LIV Golf player Sergio Garcia is set to slide outside the top 100 in the Official World Golf Ranking for the first time in 23 years. 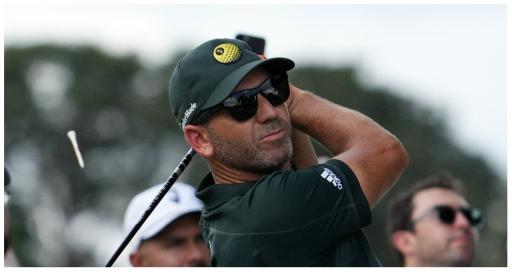 Sergio Garcia is set to slide out of the top 100 in the Official World Golf Ranking for the first time in 23 years.

Earlier in the week golf stat account @VC606 confirmed Tiger Woods could leap back into the top 250 in the world with a victory at the forthcoming Hero World Challenge in Albany.

Such a victory would see him jump more than 1,000 spots in the rankings.

Now it has been confirmed that LIV Golf's Garcia - currently the World No.99 - is guaranteed to drop outside the top 100 because he is not playing in any event this week.

Garcia could have teed it up at the Australian PGA Championship that is co-sanctioned by the DP World Tour.

To date his biggest victories include the 2017 Masters and the 2008 Players Championship.

Garcia is Europe's all-time leading points scorer in the Ryder Cup but his decision to join the breakaway tour has left him in extremely poor standing with DP World Tour bosses.

He will not be in Luke Donald's side next September in Italy.

Garcia - who recently all-but confirmed the next LIV Golf signee - has been extremely outspoken in 2022.

He has been particularly vocal about the alleged poor treatment by the DP World Tour.

Garcia also denied being guilty of an expletive-laden rant when he was previously fined and suspended for playing in LIV's first event at Centurion Club.

He has been defended by Jon Rahm, though.

Garcia previously turned heads in August when he said his LIV Golf contract was "kinda my reward" for a long career.

"People probably think it was an easy decision. Obviously they offered us good money and I'm not gonna hide that. That is one of the reasons we're there -- it's not the only one.
"There's several others. Having more time with the family. Playing a little bit less. And at the end of the day, you feel like you've worked pretty much your whole life for something. This was the opportunity that you've been waiting for and working [towards] for 30 years."

In 2023 Garcia will once again captain the Fireballs GC side.

There will be 14 events globally with as many as 60 players involved in the $405m season.