Tiger Woods was snookered with this shot at the Farmers Insurance Open in 2013. What happened next was insane. 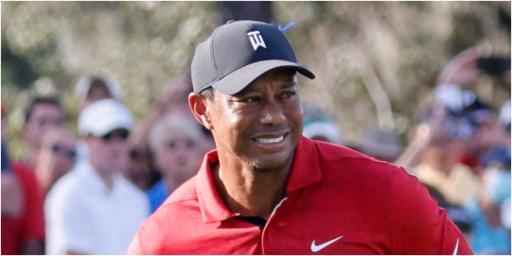 Over the years Tiger Woods has become something of an escape artist.

Just how many times have we seen Woods deliver something utterly bonkers. His creativity knows no bounds.

It will be such a sad day when we can't watch the big cat in action on the PGA Tour and in the majors.

But what we will have are the memories. Memories such as these which will last for the rest of our lives.

Thanks to social media, these viral clips will exist on the Internet for a very, very long time.

This latest clip, courtesy of Skratch, outlines a pretty remarkable shot from Woods at Torrey Pines in 2013.

At the Farmers Insurance Open, where he has in recent years kicked off his season, Woods was snookered.

But that didn't matter to the genius. This is just one of his many, many great shots.

"I could smell it coming"

Famed on-course commentator David Feherty narrates: "If he can manage to hit the miracle shot he can cut it back onto."

Woods, who was aiming directly at the spectators, manages to carve it round. Utter perfection.

"Doesn't get much better than that. Heck of a shot, I tell ya. He almost broke MY LEFT ELBOW hitting that shot."

That's the chicken wing, Nick Faldo chimes in. "This is the broken wing right here," came the response.

Woods was left with a straight forward chip shot from the first cut of rough.

Woods bins it as you can see some paragliders in the background. Were these people just trying to get a glimpse of Woods?

Then we're treated to his trademark fist-pump. Even the paragliders at 700ft were clapping.

How's that for you?

"I could smell it coming," Feherty says.

Related: The time Tiger Woods was robbed at Torrey Pines

This was part of Woods record-breaking win at Torrey Pines.

It was the eighth time he won there, including the 2008 U.S. Open in an 18-hole play-off over Rocco Mediate.

Oh yeah, he did that with a broken leg. F*** you Stevie, I'm winning this tournament."

Woods won the tournament by four shots at a foggy Farmers Insurance Open in 2013.