LIV Golf: The projected world rankings for the rebels by the end of 2022

These are the projected OWGR for the LIV Golf players by the end of this year where all the players face the prospect of being outside the top-50. 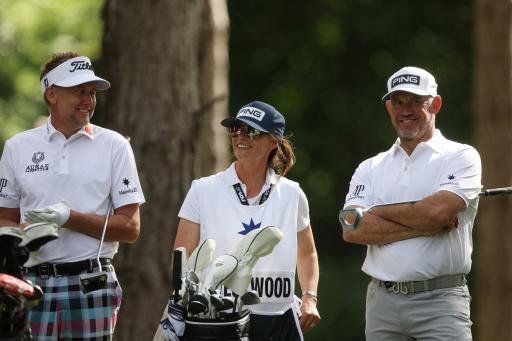 One of the biggest issues facing LIV Golf at present is the fact they do not have Official World Golf Ranking accreditation.

That could change in due course. LIV Golf officials confirmed during the 150th Open Championship at St Andrews that they have applied.

OWGR chairman Peter Dawson did not reveal anything else other than saying: "Examination of the application will now commence."

There was a meeting held at the home of golf during the major, where the key players involved in the process discussed the application.

We do not know what was said, however it judging by the R&A's current position it does not bode well for the Saudi-backed series.

Martin Slumbers, the chief executive of the governing body, described LIV Golf as "not credible" and "not merit-based".

He admitted that it was not on the agenda to ban LIV players, though he conceded that they will look at qualifying criteria going forward.

Not having OWGR points is not the be all and end all. There are other pathways to the majors.

And with the lucrative signing-on fees touted, it could be argued that some LIV players simply do not care about them.

New LIV signee Paul Casey admitted after The Open that there are groups of rebel players thinking about playing Asian Tour events for points.

Critics would argue that that decision would fly in the face of claims by some LIV players that they actually want a reduced schedule.

Brooks Koepka, in a frosty press conference before his LIV debut in Portland, argued he wanted to spend more time with his family.

LIV's schedule is set to expand from eight events to at least 10 next season. Although LIV say they are "ahead of schedule" and want to play more.

But unless these LIV players are exempt in the majors, they face the prospect of sliding down the rankings into obscurity.

State of the LIV

These are the projected world rankings for some of the LIV players at the end of 2022. Assumptions:
- no more #OWGR events played before the end of the year
- projections based on the current OWGR system.

All being out of Top 50 is a distinct possibility... pic.twitter.com/iNE7SAndsi

An add on to the previous chart. This one includes also the #OWGR projections at the end of March 2023 (same assumptions are in place).

It shows that all key exemption deadlines will be missed (Top 64-MP, Top 50-Masters, Top 60-US Open, Top100-PGA Champ) pic.twitter.com/T0STYoMLG4

GolfMagic has written extensively before about the problems facing LIV Golf to try and obtain OWGR points.

The latest LIV Golf news today is that Ryder Cup Europe captain Henrik Stenson is reportedly on the verge of signing for the series.

According to a report by The Telegraph, the 46-year-old Swede is meeting with Ryder Cup officials at Wentworth HQ.

It is part of a last-ditched attempt to try and persuade the 2016 Open winner not to join LIV Golf and retain his captaincy.

Next page: LIV Golf signs David Feherty, according to report