Steve Williams has discussed all of Tiger Woods' ex-coaches on the Chasing Majors podcast. 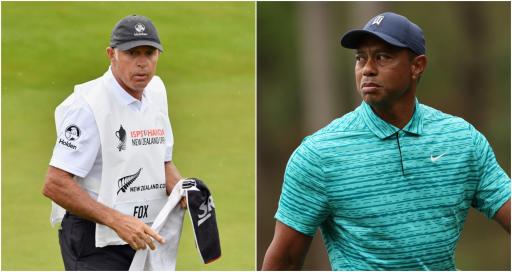 Since the words "Well I guess hello world" were spoken by Tiger Woods we have witnessed the most incredible career filled with the highest of highs and lowest of lows.

The now 46-year-old, playing on borrowed time, has 15 major championships to his name and a record-equalling 82 PGA Tour wins.

And he's not done. He might add a few more, he might not. But we know that while he can swing a club we'll see him limping the fairways.

During his illustrious career, Woods has worked under four different swing coaches.

Now the big cat doesn't have a coach and looks after his own game. Afterall, his practice is severely limited and looks a lot different than it used to.

These days, it is all about managing his creaking body. The hands, touch and feel will never really go away.

The coach most synonymous with Woods is of course Harmon as he was by his side during his era of dominance.

Under the tutelage of Harmon, Woods won eight major championships.

Ridiculously, he had a win percentage of 26.8 per cent at PGA Tour events.

His former caddie Steve Williams has been talking all things Tiger in the podcast "Chasing Majors" this year.

The question was put to him who he thought Woods had the best swing under.

"That's a very difficult question because a couple of his very, very best tournaments, where I say he played the best he's ever played, were under Butch. But I think consistently across the board I think his swing became more repetitive and more consistent under Hank.

"You know, I think we're talking very small margins here between Butch and Tiger, but like I said, my statistics would tell me that he drove the ball better with Hank, and I think because he probably confidently knew that he wasn't going to hit the ball, that big left shot from time to time."

In other Woods news, he has been listed in the final field for the forthcoming PGA Championship.

Phil Mickelson is also in the field but both have not fully committed themselves to the tournament.