Hideto Tanihara to now be banned from the PGA Tour's ZOZO Championship after being added to the LIV Golf Bangkok field. 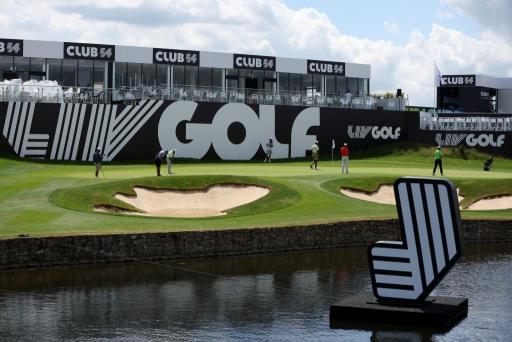 Hideto Tanihara has been added to the LIV Golf Bangkok field at the expense of Spaniard David Puig next week - and it appears that it will have dramatic implications for the Japanese golfer, who will now be banned from the PGA Tour's ZOZO Championship and Sony Open in 2023.

Tanihara was already banned from this year's ZOZO Championship as a result of competing in a number of LIV Golf tournaments this season.

GolfMagic recently discussed the prospect of the PGA Tour potentially banning Japanese golfers for their allegiance to LIV Golf.

More: Did the PGA Tour threaten to ban Japanese golfers who play in LIV Golf events?

Here's the letter that was previously sent to the Japan Golf Tour by the PGA Tour, warning their members that there would be consequences for participation in future PGA Tour tournaments should they continue to compete in LIV Golf events:

The PGA Tour told Japan Golf Tour members that if they do not participate in any further LIV Golf tournaments during the 2022-23 season then they "would be eligible to participate in the 2023 Sony Open and the 2023 ZOZO Championship."

The letter adds: "However, if they participate in any further unauthorized events, they will not be eligible for any events sanctioned by PGA Tour through the end of 2023 including the 2023 ZOZO Championship."

But now Tanihara has gone against those requirements, he will surely now be banned from both Sony Open in Hawaii and ZOZO Championship in his homeland of Japan.

Ryosuke Kinoshita, Jinichiro Kozuma and Yuki Inamori had previously competed in a number of LIV Golf tournaments, but they chose to withdraw their names after competing at LIV Golf Bedminster - no doubt as a result of the above letter.

Earlier in the month, a crazy rumour came to light courtesy of Tour pro Berry Henson, who has also lashed out at the world ranking points on offer on the Asian Tour.

Henson claimed that as many as three players withdrew from an Asian Tour's International Series Singapore event because they were told they would subsequently not be allowed to play in the ZOZO Championship, which will be played over October 13-16 at Accordia Golf Narashino Country Club.

Hideki Matsuyama, who has been heavily-linked with LIV Golf, is the reigning champion.

Side note: The Asian Tour's International Series is bankrolled by the same source of money that funds the LIV Golf Invitational Series

When these claims were made, a spokesperson for the PGA Tour told CBS reporter Kyle Porter that Henson's comments - which included accusations of bullying - were "100 per cent false".

A short time later, a letter obtained by SI's Bob Harig appeared to contradict the Tour's claim that the accusations were false.

Harig reported that the PGA Tour "told the organizers of the Japan Golf Tour that any of its members who participated in LIV Golf Series events this year or LIV Golf Tour events during the 2022-23 season will be barred from competing in PGA Tour-run tournaments, including the ZOZO Championship and the Korn Ferry Tour Qualifying Tournament."

Tanihara was previously the team captain of Torque GC with fellow Japanese players Yuki Inamori, Ryosuke Kinoshita and Jinichiro Kozuma before they were cut from the roster before LIV Golf Boston, which was won by Dustin Johnson in a playoff.

Johnson's side, the 4 Aces, also won the team element then with Crushers GC and Majesticks GC finishing second and third.

At the time, LIV Golf said in a statement: "We would have loved to have had these players join LIV, but we respect their decision given the unfortunate, anti-competitive threats imposed on them by the PGA Tour.

"The lengths the Tour is going to to stop players from joining LIV is quite amazing."

Tanihara, 43, has 16 professional wins on the Japan Golf Tour. His best finish in a major came at the 2006 Open where he finished T-6, which was won by Tiger Woods at Royal Liverpool.

LIV Golf will make its Asian debut at Stonehill, which is a new course in Bangkok's Thani province.

It will be played over October 7-9, with a prize purse of $25million. After that stop, there will be only two events played in their inaugural season; in Jeddah and Miami.

Here is the full field for LIV Golf Bangkok

Next page: Does Branden Grace regret joining LIV? Sort of...