LIV Golf's Greg Norman says "the PGA Tour is trying to destroy us." 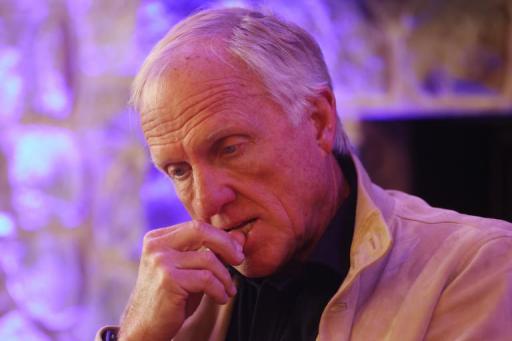 LIV Golf CEO Greg Norman claims he has "no interest in sitting down" with the PGA Tour and that they are "trying to destroy" their Saudi-backed circuit, following an interview with The Australian newspaper.

Norman, speaking ahead of their fifth LIV Golf Chicago event this week, said he had repeatedly asked to meet with PGA Tour officials because the LIV Golf Tour is a "business model that was always built around being inclusive."

But the two-time Open champion admits enough is enough as PGA Tour commissioner Jay Monahan has constantly declined all requests to meet him.

"That’s why we are where we are today," Norman told The Australian newspaper.

"We tried awfully hard, I know I did personally for the past year... when we knew we were never going to hear from them, we just decided to go.

"We have no interest in sitting down with them, to be honest with you, because our product is working."

"It [LIV Golf] was always an additive to all tours," he added.

"But the PGA Tour has not sat down and had a conversation with myself or any of my investors."

In a separate interview with Sydney Morning Herald yesterday, Norman discussed the potential for LIV Golf signing his compatriot Adam Scott in 2023.

Norman also spoke at large about his key signing to date in Open champion Cameron Smith, citing the Australian understands the one thing that others are struggling to grapple.

There has been plenty of talk since last week's BMW PGA Championship on the DP World Tour that a current World Top 10 player may be heading to LIV Golf in 2023.

This particular player is said to be disgruntled by the PGA Tour's latest big changes for the new season, which starts this week at the Fortinet Championship where Max Homa looks to defend his title.

It is understood that four big name players currently on the PGA Tour could very well be playing on LIV Golf next season.

Jon Rahm had been linked as one potential name but the Spaniard took to social media on Wednesday night to deny such talk.

Hideki Matsuyama would appear to be Norman's No.1 target as he looks to continue to expand his circuit in the Asian market.

There has been talk that a signing-on fee in the region of $400 million has been slapped on Matsuyama's back.

Next Page: Will Zalatoris makes predicition as to what may happen between the PGA Tour and LIV Golf