LIV Golf made a gaffe by introducing "Louise" Oosthuizen onto the stage at the draft party before the third event at Trump National in Bedminster. 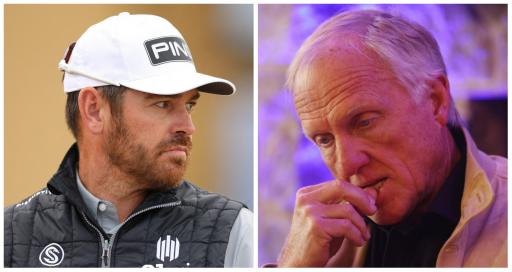 The LIV Golf draft parties are certainly something, aren't they?

Think back to the first one - in which the media were excluded from - before the first event in at Centurion Club just outside of London.

Social media was absolutely shocked to see Phil Mickelson return to public life decked out in a leather jacket, jeans and slicked back hair.

That's not the Lefty we have become accustomed to. At this point, we just accept not to be shocked by anything Mickelson says or does.

Anyway, in what has become tradition now, LIV Golf hosted another bash before their third event at Trump National in Bedminster, New Jersey.

Harms also captured some video of the team captains and their players being introduced on stage.

One by one the players come out and shake the hand of LIV Golf Investments chief executive Greg Norman.

LIV have announced the signings of Henrik Stenson, Charles Howell III and Paul Casey. Bubba Watson is reportedly next.

But they didn't tell us about their new player Louise Oosthuizen...

LIV also made a complete hash of Henrik Stenson's announcement when they referred to him as English.

Other LIV Golf gaffes include wishing good luck to Branden Grace at the 150th Open Championship.

He wasn't even in the field.