Klayman Law Group has threatened CNN with a $450 million lawsuit over a show entitled "The Court Fight Between PGA Tour and LIV Golf Escalates as the Saudi-backed LIV Tries to Avoid Handing Over Information." 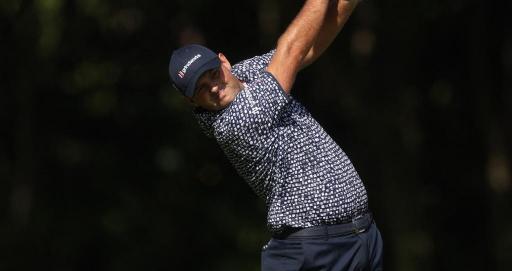 Patrick Reed's lawyers, Klayman Law Group, want an apology from CNN, Jake Tapper and Bob Costas and have threatened the platform with a $450 million lawsuit.

The CNN show that the group have taken issue with was named "The Court Fight Between PGA Tour and LIV Golf Escalates as the Saudi-backed LIV Tries to Avoid Handing Over Information" which was shown last week.

Klayman Law Group stated in a recent letter that it was "designed to incite ridicule, hatred and violence against LIV Golf players, such as my client Patrick Reed."

The group wants an on-air public apology and the broadcast to be removed from CNN's platforms within five days. During the programme which lasted just over eight and a half minutes, Tapper and Costas didn't mention Reed's name.

If there is no removal, the group state they reserve the right to sue Tapper, Costas and CNN "pursuant to Florida Statute 770.01 for damages well in excess of $450 million dollars which includes compensatory, actual, special and punitive damages."

"This widely viewed broadcast in Florida, the nation and internationally, was not only defamatory but also designed to incite ridicule, hatred and violence against LIV Golf players, such as my client Patrick Reed, a world champion professional golfer, by publishing that he takes "blood money" from the Saudi Public Investment Fund, in the wake of the 9/11 tragedy twenty-two (22) years ago," the letter read.

"The article also, at a minimum, falsely implies that he using a lawsuit, of which he is not even a party, to dig up data, track down, intimidate and harass 9/11 victim families. The broadcast republishes with reckless disregard for the truth, a prior Bloomberg article, and references the Bloomberg article in the broadcast."

This part of the letter referred to an article written on Bloomberg that reported LIV Golf were gathering intelligence on the families of 9/11 victims, after the new breakaway golf league accused the PGA Tour and Clout Public Affairs of spreading "anti-Saudi sentiment."

"Mr. Reed is not a taker of "blood money," as he simply plays on a golf tour financed by the Saudi Public Investment Fund, which also owns large shares in a myriad of American companies such as Disney, Boeing, J.P. Morgan Chase, Amazon, Blackrock Inc., Microsoft and many others," another part of the letter read.

The letter, signed by Larry Klayman who is counsel to the 2018 Masters Champion, said that many sponsors of the PGA Tour benefit from the PIF and referred to the players who've been given the green light to play in the Saudi International.

A CNN spokesperson has since commented:

"This is a frivolous lawsuit, whose aim is to chill free speech and intimidate journalists from covering important stories about the Saudi government and the Saudi-backed LIV golf tournament. CNN will aggressively defend its reporting, which did not even mention the plaintiff in its coverage."