Bubba Watson remains on the FedEx Cup points list because he has not played in a LIV Golf event yet, but this has a dramatic affect on other players. 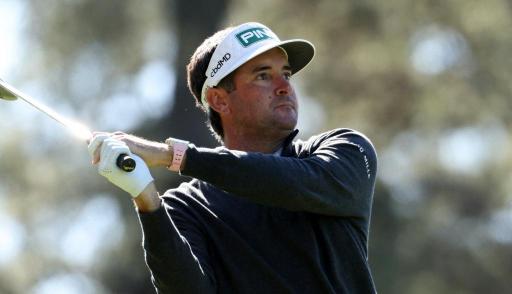 All of the other LIV Golf players have been booted off. The only reason why the two-time major champion remains on the list is because of a technicality.

Rumour: Is Cameron Young about to follow Cameron Smith over to LIV Golf?!

Watson, 43, has not actually teed it up in a LIV Golf event yet. He's been making his way back to full fitness following a torn meniscus.

Apparently, the left-hander has also been spending his time off praying with his wife about his future path.

Anyway, the fact Watson remains on the FedEx Cup standings has a huge impact on other professionals hoping to make it to the Korn Ferry Tour finals.

The Fire Pit Collective's Ryan French outlines the scenario below:

You have Bubba Watson on FedEx points list but all the other players who have played LIV off. Because of that Chris Naegel and Rick Lamb have been knocked out of KFT finals. Career changing stuff for a player living. Seems like you could make this right.

I’ve been told it’s because he hasn’t teed it up in a LIV event. Just wild that two guys who worked their ass off and Monday Q’d being left out of KFT finals because a guy who is leaving your tour hasn’t hit an actual tee shot is really backwards.

The financial commitment along with the ups and downs (mostly downs) to travel weekly to Monday qualifiers is so difficult. Hopefully a technicality doesn’t get in the way of getting both of these guys into the KFT Finals. https://t.co/oqiRuZLSD3

What has Bubba Watson said about LIV Golf?

Watson was announced as the latest LIV Golf signee before the third event at Trump National in Bedminster, New Jersey.

Watson said of his decision: "My wife loved it, we prayed about it, we came to the decision and here we are.

"Everyone's a team. It's not an individual sport any more. It's another thing we didn't have and now we're bringing it to life."