Young PGA Tour superstar Cameron Young is reportedly swaying towards staying put instead of jumping over to the LIV Golf Invitational Series. 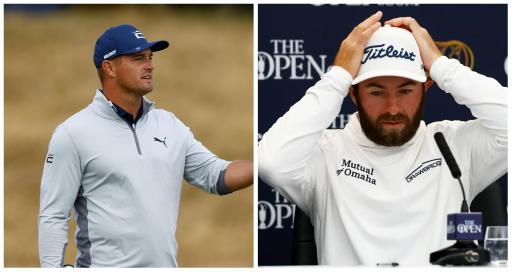 PGA Tour pro Cameron Young was last night reported to be heading over to the LIV Golf Invitational Series.

A report by The Times of London claimed the rookie was following in the reported footsteps of Cameron Smith to the controversial series.

Smith, 28, offered a "no comment" when asked directly if he was joining LIV Golf. Instead, he decided to take a swipe at fellow pro Cameron Percy.

Smith said any news over his future would come from "Cameron Smith and not Cameron Percy".

However, Golfweek are now reporting that Young may not be going anywhere.

Mike Dougherty reports a PGA Tour source, speaking on the condition of anonymity, saying: "He has been contacted by them, but at this point is very strongly inclined to remain on the PGA Tour."

If both players were to join it would surely shift the narrative. So far LIV has faced accusations it is a destination for players towards the end of their careers who are simply cashing in.

In public the PGA Tour has tried extremely hard not to show any weakness in matters relating to LIV Golf.

But in court this week their attorney claimed that LIV's early success meant that their arguments in their lawsuit were undermined.

The federal judge overseeing the case, Beth Labson Freeman, also joked off the cuff that one day the PGA Tour could sue LIV Golf for antitrust violations.

Young has had quite simply a stellar season, despite not winning. He pipped Rory McIlroy into second place at the 150th Open at St Andrews.

Elsewhere he has had as many as seven top-3 finishes.

He enters the FedEx Cup Playoffs at the first event of the postseason, the FedEx St. Jude Championship, 10th in earnings this season.

Young has won $6.3million in 22 events in his rookie season. There is no doubt he will soon step into the winner's circle.