"Ryder Cup who, how about PGA Tour vs LIV Golf?" Greg Norman responds...

PGA Tour vs LIV Golf - now this is a match I think everyone would want to see right now! 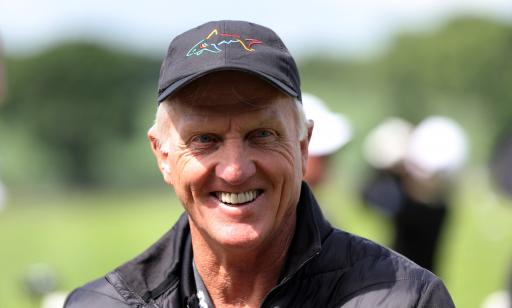 The Ryder Cup is seemingly in danger for all the American and European players that have signed up to LIV Golf this season, so how about mixing things up slightly to keep them all involved?

While this idea has little to no chance of ever happening, the concept was at least put to Greg Norman on Instagram last night.

Norman posted an Instagram Reel of what went down at the LIV Golf Portland party earlier this week.

"Ryder Cup who? When are we going to watch the LIV vs PGA Tournament?" the golf fan commented on Norman's Instagram post.

Norman then replied with the pair of eyes emoji, as if to hint he was keen on the idea.

It would certainly be an interesting match if the PGA Tour did battle LIV Golf, but we are fairly certain the PGA Tour would be heavy favourites given the strength in depth they still possess - and likely will do for many years to come.

At least if Scottie Scheffler, Jon Rahm, Rory McIlroy, Justin Thomas and Collin Morikawa continue to stick around, which they have said they will do.

But who knows, much can change, and it would appear LIV Golf are maintaining their pursuit of the world's best players.

Related: OWGR Top 10 player to make the move from PGA Tour to LIV Golf in the coming weeks

LIV Golf CEO and two-time major winner Norman took to Instagram last night to show off some of the action at the Portland Draft Evening ahead of the second LIV Golf event starting this week.

US Ryder Cup captain Zach Johnson yesterday confirmed that all of his team members for their 2023 clash against Europe will need to be members of the PGA Tour in order to qualify for the biennial contest in Rome.

There is still a large grey area though as to the exact qualification process for the 2023 Ryder Cup following the LIV Golf movement, especially over in Europe with Keith Pelley and others deciding the best way to go about things.

Lee Westwood, who has made the move to LIV Golf, does not believe his Ryder Cup future should be threatened.

Even 2023 European Ryder Cup captain Henrik Stenson has been linked with a move to LIV Golf, which really would throw things up in the air should the Swede make the move to Norman's LIV Golf Tour.

The 2023 Ryder Cup will still be going ahead, and all future Ryder Cup matches for that matter, so don't let that worry any of you out there.

After all, it's still the greatest team competition on earth.

The teams just might look a little different to the ones we had all imagined at the start of this year.

On paper, it's fair to say the US team will look just as strong as it did last time they ran out record winners at Whistling Straits with plenty of experience and some fresh faces no doubt set to line up in September 2023.

GolfMagic has made an early predicition for the 2023 US Ryder Cup team.

See if you agree in the link below.

Next Page: How the US Ryder Cup team could look without those on LIV Golf right now