Sergio Garcia says he has joined LIV Golf because he believes it is "the future of golf." 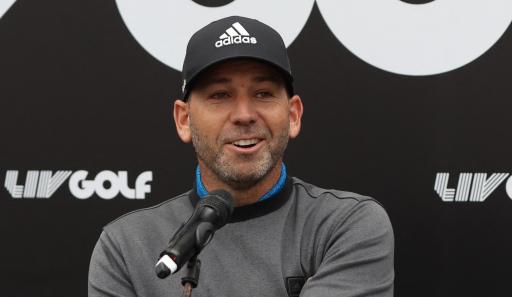 Sergio Garcia decided to break away from the PGA Tour to join LIV Golf because it is "the future of golf".

Garcia, who has now resigned his PGA Tour membership, has enjoyed a glittering career on both the DP World Tour and PGA Tour winning 36 times as a professional, highlighted by one major win at the 2017 Masters.

But now at 42 years of age, Garcia is prepared to see out his golf career on the Saudi-funded LIV Golf Invitational Series with hundreds of millions of dollars on the line.

Garcia recently made it abundantly clear what he made of the PGA Tour when he threw a strop on the golf course.

By joining Greg Norman's controversial new circuit, it now calls into question whether or not the all-time Ryder Cup record points scorer will ever be able to play or captain in the biennial contest against the United States ever again.

"I did it because I think this is the future of golf, because I think that this is a great opportunity, not only to do what I love, which is playing golf, but at the same time be able to spend more time with my family and watch them grow," said Garcia on why he moved to LIV Golf.

"I have a four-year-old and a two-year-old so it’s nice to watch them grow as much as possible. I’ve been doing this for 24 years, so traveling a lot and stuff, and make a great living out of it."

That is all well and good right now.

But how will Sergio react in 2024 when LIV are demanding their players compete in 14 specific weeks of the year?

Garcia then elaborated on what he finds so special about a shotgun start for 48 players in 12 teams over three rounds.

"It brings something different to the game that we haven't had for forever," said Garcia, who is the team captain of Fire Balls consisting of LIV Golf newbies Abraham Ancer, Carlos Ortiz and Eugenio Chacarra.

"For me as a captain and as a LIV Golf player, it’s obviously very exciting."

Next Page: How to watch LIV Golf Portland and the teams in full