After a disappointing week at the KPMG Women's PGA Championship, Leona Maguire was left fuming at an eight-hour travel delay and losing her luggage. 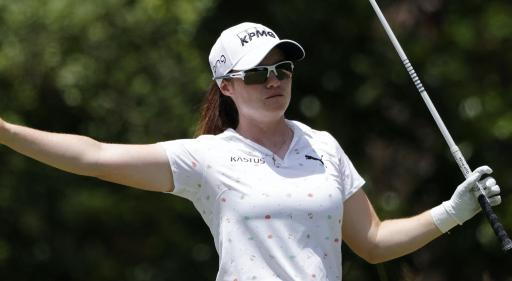 LPGA Tour star and Irish women's golf trailblazer Leona Maguire was left fuming after she didn't sleep a wink in 28 hours as a result of cancelled flights.

Maguire, 27, didn't have the week she wanted at the KPMG Women's PGA Championship at Congressional, finishing in a tie for 54th place.

Tweeting from Newark, New Jersey on Monday night, Maguire showed her sheer annoyance at the service of United Airlines who appeared to cancel two of her flights home.

"2 cancelled flights, Never ever flying @united again, has to be the most unprofessional and unhelpful airline out there #getmeoutofhere," Maguire angrily tweeted.

2 cancelled flights, Never ever flying @united again, has to be the most unprofessional and unhelpful airline out there #getmeoutofhere

The airline sent their apologies to the Maguire who is due to tee it up next at the Dow Great Lakes Bay Invitational in Midland, Michigan in July.

"8hrs after deplaning, we’ve finally got our bags back and have booked a new ticket on @AerLingus this evening. 28hrs and counting without sleep," was her reply to the airline's apology.

We have seen many stars of the golf world caught up in travel chaos this season, none more so than when Viktor Hovland's clubs arrived broken at the Sentry Tournament of Champions in January, courtesy of Delta.

Maguire made history back in February when she became the first Irish winner in LPGA Tour history. She won the LPGA Drive On Championship in Fort Myers, Florida.

Since then, Maguire has only made two top-10 finishes, but she is ranked 20th in Rolex Rankings and 14th in the Race to the CME Globe.