Daniel Berger has withdrawn from the forthcoming John Deere Classic at TPC Deere Run on the PGA Tour. 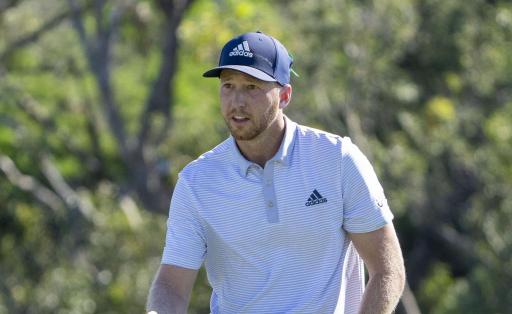 Daniel Berger, the highest-ranked player in the field for the forthcoming John Deere Classic on the PGA Tour, has withdrawn through injury.

Berger has had trouble with his back throughout the entirety of the 2021-2022 season. He was previously forced to withdraw from the AT&T Pebble Beach Pro-Am.

This season he has only played 12 events and ranks 67th in the FedEx Cup. He missed the cut at the U.S. Open two weeks ago off the back of a T-5 finish at the Memorial at Jack’s place.

“Gutted to have to withdraw from the JDCLASSIC this week,” Berger, 29, wrote on social media. “I am working on getting back to 100 per cent but do not feel prepared to tee it up on Thursday.

“I want to wish all the players luck and thank John Deere for their continued support.” Berger didn’t actually specify that it was his back that continues to cause him issue.

Of course, the nature and timing of his withdrawal inevitably sparked rumours that Berger was about to hot-foot it over to LIV Golf. The full field has been named for the second LIV Golf event.

Berger’s Ryder Cup team mates Brooks Koepka, Bryson DeChambeau and Dustin Johnson will make their LIV Golf debuts in the United States this week. Matthew Wolff is the latest player to sign up.

Berger’s withdrawal will come as a massive blow to John Deere, seeing as he was recently announced as an ambassador. He was also the only player in the world’s top 50 registered to play.

Rising PGA Tour star Davis Riley has also withdrawn. Riley and Berger have been replaced in the field by Matt Every and Kevin Stadler. The prize purse at TPC Deere Run is $7.1m.

The defending champion is Lucas Glover.