The 2022 LPGA season will see prize money increased to $85.7 million, an increase of nearly $10 million on the previous season. 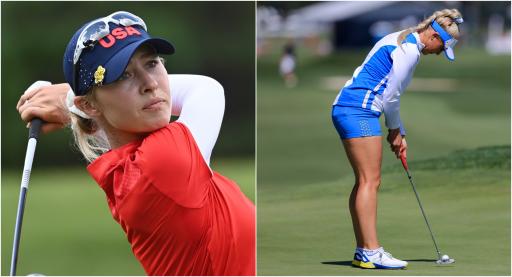 The 2022 LPGA season is set for a fantastic boost in prize money, expecting to rise to a record-breaking $85.7 million and beyond.

This new purse will cover 34 events and the tour will also stop at new venues. The AIG Women's Open is being hosted by Muirfield and the KPMG Women's PGA is being held at Congressional Country Club.

The Chevron Championship, won by Patty Tavatanakit in April, will have one of the biggest cash injections of the schedule, rising by $1.9 million to $5 million in prize money.

The AIG Women's Open will have a total purse of $6.8 million and the CME Group Tour Championship will increase by $2 million to $7 million.

"The stage is set for 2022 to be one of the most exciting years in the history of the LPGA Tour, with the addition of new events, the largest total purse ever, over 500 hours of broadcast television and a collective commitment to being the leading women’s professional sports property in the world," said LPGA Commissioner Mollie Marcoux Samaan.

"We have never had such a robust team of partners from around the globe who see both the commercial value in investing in the LPGA and the opportunity to utilize the partnerships to have a positive impact on their communities and on the world."

There will be a top prize of $2 million for the winner of the season-ending event, which will be the largest in the history of the women's professional game.

The 2022 season will kick off with three tournaments in Florida. The Australian tournaments have been cancelled, so the LPGA Tour will go to Asia and then the JTBC Classic at Aviara in Carlsbad.

The Chevron Championship, one of the tour's five major tournaments, used to be called the ANA Inspiration and this will return to Mission Hills Country Club.

The LPGA Tour will make its regular visit to Hawaii and then the players will go to California for the JTBC LA Open and the new JTBC Championship.

As for the US Women's Open in 2022, this will be hosted by Pine Needles in Southern Pines, North Carolina.