"You get a car!": Three LPGA Tour players make HOLE-IN-ONES to win a Lamborghini

Maybe this will be the last time Lamborghini will sponsor the Pelican Women's Championship... 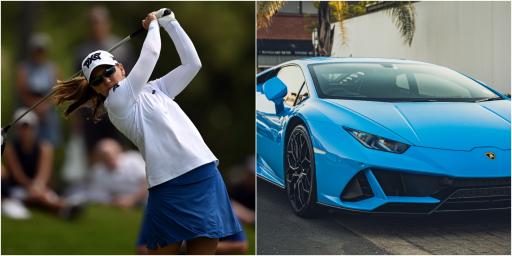 Every week tournament sponsors usually put up a car if someone can find an ace. The odds are, after all, stacked massively in their favour. So what happens when not one, not two, but THREE are made?

You've got to cough up. And that's exactly what happened last week at the Pelican Women's Championship. Three players managed to grab a two-year lease for a Lamborghini after making an hole-in-one.

It was a weekend of high drama that culminated in Nelly Korda recovering from a triple bogey at 17 with a birdie at 18 to force a four-way playoff. She made birdie again at the first playoff hole as Lexi Thompson crumbled under pressure as Lydia Ko and Sei Young Kim missed the green.

But at the start of the week the aces started to fall. Austin Ernst, who was part of the United States' Solheim Cup side, was the first. It was the par-3 12th that presented the LPGA Tour players the opportunity. Only 147 yards. A smooth 8-iron that according to Ernst was "barely off the toe". Slam dunk. That was number one.

First time driving a manual is in a Lambo! Austin Ernst is brave pic.twitter.com/GvpAWK5DeG

Then up stepped Pavarisa Yoktuan, from Thailaind, who was determined not to be outshone by Ernst. Boom baby. She reacted accordingly. A Lamborghini in her future, the commentator says. "Grab the keys".

The second Lambo of the week! Pavarisa Yoktuan aces the 12th hole in the LPGA's Pelican Women's Championship, earning a two-year lease of a Lamborghini. pic.twitter.com/w2HKReLGfm

And then we have Australia's Suh Oh. She was actually the first player to take a swing at the par-3 hole on Sunday. And that was all she needed. A smooth 7-iron she later claimed.

ACE ALERT @suohgolf aces the par-3 157 yard 12th hole with her 7-iron at the @pelicanlpga!

With the hole-in-one, she is the third player this week to win a two-year lease on a @Lamborghini! pic.twitter.com/tEcwHgm6La