Can Tiger Woods WIN The Masters 2022? Check out GolfMagic's preview 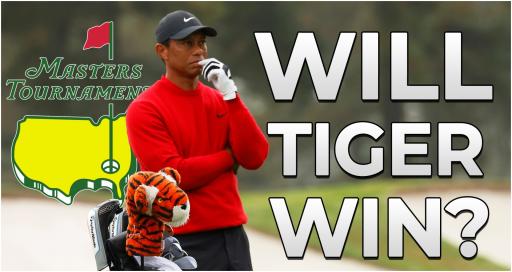 We are almost there. The Masters is finally upon us and soon we will see Hideki Matsuyama place the Green Jacket onto the shoulders of a new champion.

Other than Tiger Woods' return to golf, there are some other interesting story lines that could develop.

We could have a new World No.1 come Sunday evening as five players could topple Scottie Scheffler.

Rory McIlroy is bidding for the career grand slam that would see him join an exclusive club. Only Jack Nicklaus, Tiger Woods, Ben Hogan, Gary Player and Gene Sarazan have done so.

GolfMagic's Andy Roberts has already broken down our three best bets for the 86th Masters.

Justin Thomas, the stats say, is the man to beat. Statistically, Thomas is the best player in the world at present.

Thomas was his own harshest critic when he was asked about his performances in the majors.

"I have not even close to performed well in my entire career in majors," he said.

One of the things Thomas pointed to was the fact he felt he was perhaps trying harder in the majors compared to other events.

Why? He's not sure. But he's got experienced bag man Jim "Bones" Mackay with him this week. He surely should be a factor.

Elsewhere, we have selected Brooks Koepka. He's simpy someone too hard to ignore when it comes to majors.

Patrick Cantlay is our third and final pick. Quite simply, he's the best player in the world yet to taste major glory.

He's got four top-10 finishes in his last seven PGA Tour starts so his game is trending quite nicely.

As for Woods, his odds have been slashed to win. He can be found by some bookmakers at 55/1 but they are going fast.

Check out our preview below, and let us know who you will be picking to win The Masters...

Next page: Phil Mickelson's decision not to play The Masters was his own