The final round of The Masters at the weekend brought in the most viewers on CBS since Tiger Woods' memorable victory in 2019. 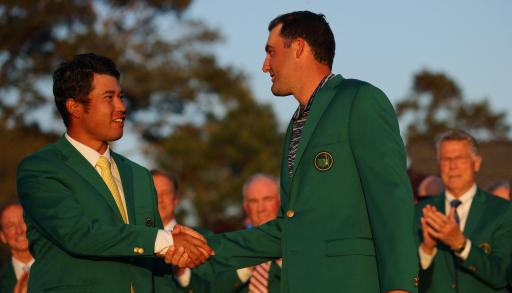 The final round of The Masters on Sunday was the most-watched golf telecast on CBS since the day Tiger Woods won his fifth Green Jacket in 2019.

Sunday's play averaged 10.17 million viewers which is the most amount of viewers that the popular American platform has recorded in three years.

When Woods won his 15th major championship on that memorable day three years ago, CBS averaged 10.81 million viewers and received a rating of 6.9.

In the final hour of the broadcast that saw Scottie Scheffler pick up his maiden major title, CBS averaged 12.44 million viewers and from 6.45 pm to 7 pm eastern time, they peaked at 13.16 million.

This represents a 7% increase in viewership from last year when Hideki Matsuyama became the first male golfer from Japan to win a major, and an 80% increase from the re-scheduled event that Dustin Johnson won in November 2020.

Related: Joe LaCava on Tiger Woods return: "I can see him winning again"

Third round coverage on Saturday averaged out at 7.43 million, which is also the highest since the 2019 tournament which had an average of 8.63 million.

The last day of this year's Masters was very exciting as Rory McIlroy rallied from 10 shots behind to give the eventual winner Scheffler something to think about.

McIlroy holed an amazing bunker shot on the 18th hole at Augusta National to raise the roof, but he could only cut the gap to three shots from the leader.

Scheffler carded a 1-under-par 71 in the final round to secure the fourth victory in his last six starts on the PGA Tour, despite a baffling four-putt on the 72nd hole.

Next Page: Sir Nick Faldo explains Rory McIlroy shot reveal: "It was my first c*** up"