Paige Spiranac is backing Jordan Spieth to win The Masters 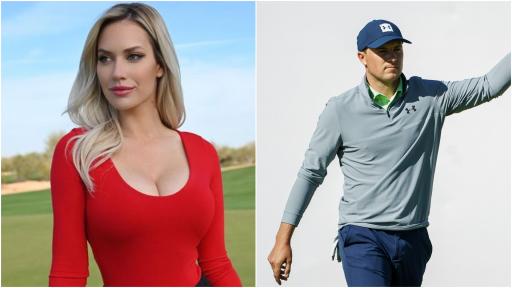 Paige Spiranac is backing Jordan Spieth to win The Masters in April, after the 27-year-old held a 54-hole lead for the second week running on the PGA Tour.

Spieth became the first player in eight years to hold a 54-hole lead in back-to-back PGA Tour events and not convert either of them, but he is clearly on the right track and his confidence is growing with every round.

The former World No.1 even said himself that he will "end up on top" at some point if he continues to play the way he has over the past few weeks and Instagram sensation Paige thinks his time will come at Augusta.

"The bad news is Jordan Spieth didn’t win. The good news is he’s going to peak in perfect time for the Masters," Paige said on Twitter after Daniel Berger shot the low round of the day on Sunday to win the AT&T Pebble Beach Pro Am.

The bad news is Jordan Spieth didn’t win. The good news is he’s going to peak in perfect time for the Masters

One golf fan replied, questioning why there is such a hype around Spieth, to which Paige answered: "After years of struggling it’s nice to see him back in the mix."

Spieth's record at Augusta is rather impressive, winning The Masters in 2015, as well as sharing second place on two occasions and a third place finish in 2018.

With Spieth currently sitting 62nd in the world rankings, he certainly won't go into the event as one of the favourites, unless he ends his three and a half year wait for a victory before then.

If Spieth did go on to win this year's Masters Tournament, it would be one of the most celebrated victories by golf fans, given his worldwide popularity.