The Official World Golf Rankings were released a week early... 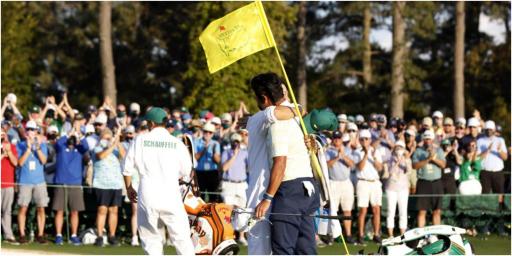 There is no more competitive golf to be played in 2021 and our attention will soon be turned to the Masters.

Of course, much of the speculation will be around the appearance of a certain Tiger Woods.

But there are a number of players who will count just playing at Augusta National as a career highlight.

The chance to walk those pristine fairways, putt on those undulating greens and take on Golden Bell.

As you might already know, there are only invites for the top 50 to play in April.

Out of those 50, there are a number of players who can now get their minds right ahead of the first major of the year.

There a number of notable British players who have qualified.

The formal invitations to the 2022 Masters will be sent out soon.

The 10 players who snuck inside the top 50 are:

Whilst there is joy for this group who snuck in by the skin of their teeth, there is the unfortunate person who finished in 51st.

Jon Rahm is currently the betting favourite to win next April.

Hideki Matsuyama is the reigning champion.

PGA Tour
How much money did Tiger Woods earn last year? What is his net worth?
PGA Tour
Brooks Koepka FORCED OUT of AT&T Byron Nelson on PGA Tour
PGA Tour
Pro reveals he once FIRED HIS CADDIE for trying to distract Justin Thomas
PGA Tour
The stats that show how demonic Justin Thomas has been with his irons
Golf news
WATCH: This old clip of Seve Ballesteros will make your heart ache