Sirius XM PGA Tour radio host Taylor Zarzour revealed that Tiger Woods and his team will walk the course at Augusta to make a decision on his spot in the Masters. 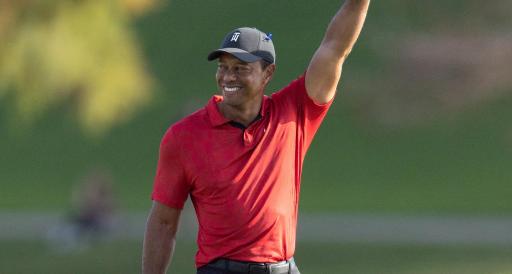 Tiger Woods is set to take a trip down to Augusta National in the coming days to walk the course before deciding whether to play at The Masters.

According to Taylor Zarzour, host of Sirius XM PGA Tour radio, Woods and his team will go to Augusta this week as his preparation ramps up to play in the Masters.

Zarzour passed on the information from contacts he has in Florida. Woods lives in Florida and it is where has been undergoing his rehabilitation from his car crash in February 2021.

As things stand, the 15-time major champion is still in the field for the famous tournament which he sensationally won in 2019. As per the official Masters website, his name and picture are still on the list.

Taylor Zarzour, host on Sirius XM PGA TOUR radio said this morning that his contacts in Florida have told him TW and his team will be heading to Augusta sometime this week

On Sunday, a video was posted on social media of Woods hitting a drive at Medalist Golf Club. There have also been rumours that he has been walking 18 holes with his caddie Joe LaCava.

The video was posted on the Instagram story of Ziregolf. It appeared that the video was recorded by a group of young golfers. It was later deleted but unsurprisingly, the video resurfaced.

The latest revelation on SiriusXM PGA Tour radio will excite golf fans who are dreaming of seeing Woods walk the fairways of Augusta again.

The 46-year-old hosted the Genesis Invitational in February and admitted in a press conference that his age is holding back the speed of his recovery.

He gave a hesitant answer to Jim Nantz in the commentary booth at the event about whether he would play at The Masters. It now seems there is an actual chance he could compete for his sixth Green Jacket.

Next Page: Best golf memes as Will Smith hits Chris Rock at the Oscars