Ping set to reveal the Eye2 XG wedge in October 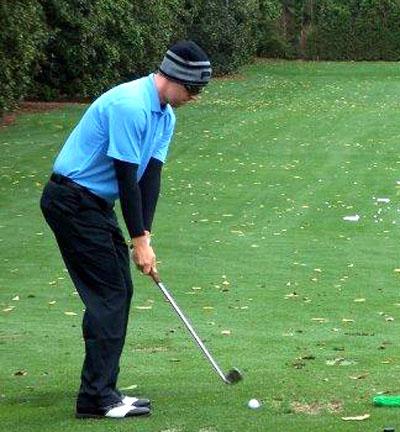 Though golf's not planning to return to the days of hickory shafts and gutta percha golf balls, Ping is to re-introduce Ping Eye 2 wedges, subtley updated from the previous century.

The move is a cute and clever one by the Gainsborough-based club manufacturer and follows the publicity surrounding the introduction of new groove rules for Tour professionals in January, which led to some players digging deep in their stocks of discarded clubs to find 20-year-old Ping Eye 2 wedges which were still conforming to the new rules.

Some players were accused of 'cheating' and not 'playing by the spirit of the law' by using a legal loophole to play the pre-1990 clubs, which featured U-shaped grooves, subsequently banned, to generate more spin. Hunter Mahan and Phil Mickelson were among those who used original Ping Eye2 wedges earlier this year and loyal Ping staffer Lee Westwood, among those complaining.

A somewhat embarrassed US PGA Tour and USGA had to ask Ping to waive their right to keep the loophole in place so the old wedges were no longer conforming under the new groove rules.

Ping agreed but is taking the opportunity to ride the wave of publicity by introducing the Ping Eye2 XG sand and lob wedges in October 2010 featuring legal grooves.

The wedges will be available with either steel or graphite shafts, priced at £100 or £120 respectively.

FOOTNOTE: New Ping S-Tour wedges, as used by Open champion Louis Oosthuizen are among the latest clubs being introduced by Ping in August.

Using soft 8620 steel, the S-Tour Rustique model  has a finish that tarnishes and rusts naturally over time and will be available in lofts of 52, 56 and 60 degrees. The brush silver chrome model is available in ten versions (47 to 64 degrees). Price is £100 with steel shaft, £120 with graphite.