Is there enough funding for junior development in Great Britain and Northern ireland? 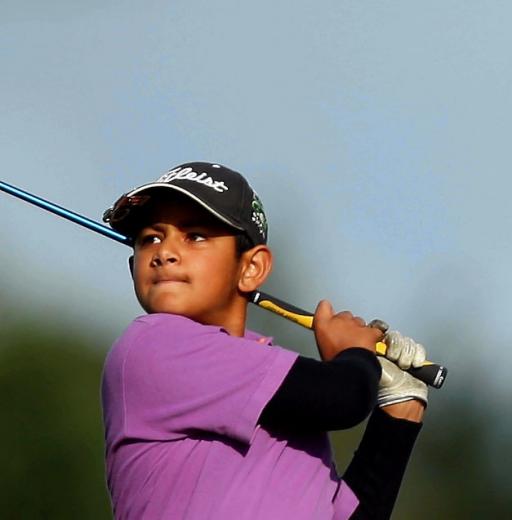 AADAM Syed, a 12-year-old golf prodigy, won't be able to make next month's Callaway World Championship due to a lack of funds.

The schoolboy from Ealing who won the European Junior Golf Championship for the second time last week gets no funding from any UK sporting institutions, the PGA or R&A to help his development and his father believes that the UK is lacking compared to America when it comes to bringing young talent into the sport.

His father Syed Hussain, a serving senior prison officer for the civil service said: "Unfortunately he will not able to [attend] as I am not in a financial position to afford the trip unless I secure funds for the trip (appox £4000). I am looking for a funder who can assist me in funding trip cost."

With Aadam qualifying to play in next month's Callaway World Championship 2013, played at Tory Pines GC, California, Mr Hussain is worried that lack of funding will hurt his son's future.

Expenses for the trip to the European Junior Golf Championships cost Aadam's father £1,200, which he only managed to raise with the kind help of a close friend.

It doesn't get any easier for Mr hussain with the signing on fee for next month's competition in Tory Pines at the £240 mark.

"I understand that education is key, in Amercia there are so many more doors open to combine education with golf, but in Britain we are lacking." He said.

"Here we have no help from the PGA or R&A with funding, and although my son has been treated very well by the junior governing bodies, the lack of money in development of young players is certainly a problem."

"It's great to see these young players doing so well at an early age but for every one success story there's nine that don't make it," he said.

"It's good to see this youngster [Aadam] might be flying to America, and I'm sure it's great publicity, but we have enough facilities here in England for him to develop."

Golf England gives regional golfers, up to the age of 18, up to £500 in grants for travel expenses but unless golfers get to national level England boys or girls teams there is little payout for progressing amateurs.