"Will Dustin Johnson make it into one of Paulina Gretzky's posts in 2021?" 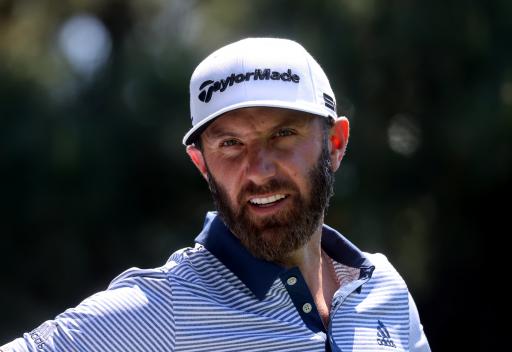 After World No.1 Dustin Johnson posted a picture on Instagram five days ago with his wife and two other men, many golf fans were left confused as to why Paulina Gretzky had her hands on another man.

It was not the first time that Gretzky and her friend Jeremy Cohen had been pictured together in close proximity, and it was proven not to be the last.

Earlier today, Gretzky posted another picture of her and Cohen on her Instagram page on what appears to be a beach with the ocean in the background.

Gretzky also posted a picture of her and Cohen on February 17th, which was the first time that the pair had been pictured together on her Instagram page.

"Will Dustin Johnson make it into one of Paulina Gretzky's posts in 2021?" one fan said.

"Everybody tagging DJ like he doesn’t know who this is haha," one fan commented.

"I wish I could travel this much during a global pandemic," another fan said.

"This isn’t fair! Can I have some of your glow? Please and thank you," another fan commented.

"He is cute, you are stunningly beautiful," one fan said.

It is not clear how Gretzky and Cohen became friends, as she has had a wide range of careers in acting, singing and modelling.

The 32-year-old, who has two children with her two-time major winning fiancee, is the daughter of NHL legend Wayne Gretzky and often posts pictures from her photoshoots on her social media pages.

After finishing tied 13th at the RBC Heritage last week, Johnson has had the week off during the Zurich Classic of New Orleans.