Tiger Woods has returned to St Andrews and enjoyed an evening stroll round the Old Course with good pal Justin Thomas. 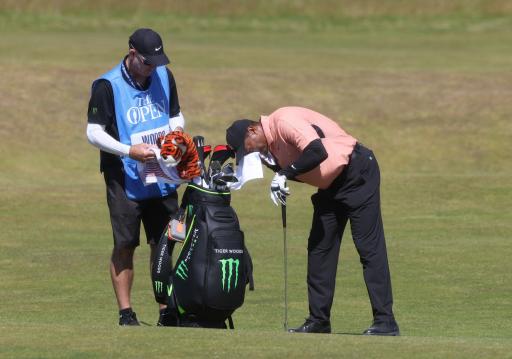 It is hard to put into words just how much St Andrews means to Tiger Woods, who returned to the home of golf yesterday evening ahead of the landmark 150th Open.

There is a standard gap of five years between Opens being held at the iconic Old Course and at 46 years old, it simply means that Woods’ creaking body will likely finally bid farewell to his favourite course this coming week.

Woods has won two Claret Jugs here and he counts St Andrews as his favourite place in the world to play golf. That’s quite a statement, given Woods has won globally in other iconic venues.

The 15-time major champion arrived at St Andrews on 9 July and played a twilight nine holes with Justin Thomas. Thomas captured some incredible images on his Instagram as the sun set.

The pair were out re-acquainting themselves with the course until gone 10.30pm. Clipping away wedges and hitting putts on their evening stroll.

Both Woods and Thomas were flocked by thousands of supporters who tried to get photographs with the big cat.

Woods previously spoke of his desire to be here. That desire was so strong that he revealed that he decided to skip the U.S. Open at The Country Club at Brookline to make sure his glued together body could make it.

Woods limped out of the U.S. PGA Championship at Southern Hills earlier in the season after three rounds. He recorded his highest ever score in one round in a major there and simply said his body needed more time to heal.

Thomas has previously spoken of the sight of Woods' leg after he was involved in that horror car crash last February.

Woods won The Open Championship in 2000, 2005 and 2006. He prevailed by eight shots in 2000 over Thomas Bjorn. He got the better of Colin Montgomerie at the Old Course five years later to win his second Claret Jug at the Old Course.

His last Open victory came in 2006 at Royal Liverpool Golf Club. He won by two shots over America’s Chris DiMarco.

Next page: Greg Norman "not welcome" at Open champions day