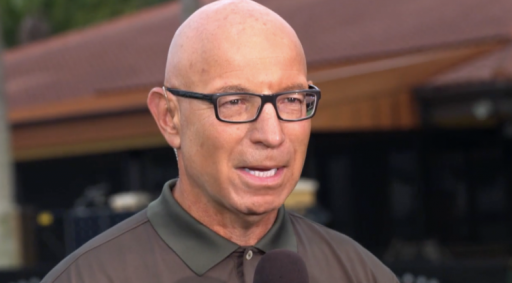 Rosaforte retired at the end of 2019 after spells at Sports Illustrated, Golf Digest and Golf Channel.

He was regarded by many in the industry as one of the most respected and well-connected golf reporters on the PGA Tour, and he covered more than 125 majors and 17 Ryder Cups in total.

The PGA TOUR family lost a friend today in Tim Rosaforte, one of the great golf journalists of his generation.

Rosaforte joined Golf Channel in 2007 but he first appeared on the channel in the mid 90s.

He then soon held the role as golf's "insider", always one of the quickest to break the latest news on the PGA Tour.

Rosaforte was awarded lifetime membership with the PGA for his services to golf media, becoming the first journalist to ever receive such an accolade.

He also received both the PGA of America's Lifetime Achievement Award in Journalism and the Memorial Tournament's golf journalism award.

Tim Rosaforte had a way with words, especially when it came to golf. pic.twitter.com/YJjnSZwZof

Heartbroken to hear the news of Tim Rosaforte’s passing. A golf media legend and the kindest soul who gave me his time and respect. It was an honor to have worked and learned from you. ♥️ pic.twitter.com/5Mj8GcnAaj

The Honda Classic, based in Palm Beach Gardens, also named their media centre after Rosaforte in 2021.

It also announced the Tim Rosaforte Distinguished Writers Award, which is to now to presented annually.

Rosaforte was the first recipient of the award.

This particular tournament will therefore carry extra special memories for fellow golf media members and PGA Tour players when the 2022 Honda Classic tees up at PGA National in the last week of February.

Our thoughts are currently with Tim's family and friends. RIP Tim.