Brandel Chamblee was discussing the putting woes of Hideki Matsuyama on the PGA Tour this weekend, and his comments will make you think. 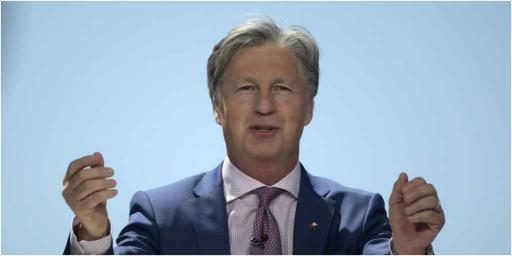 Brandel Chamblee sounded off on the PGA Tour coverage last week and appeared to destroy a common myth.

Almost every time you are in a golf environment you are likely to hear the words muttered about how making putts is most important.

Pure fallacy, according to Chamblee. And the stats prove it, too.

Chamblee was discussing reigning Masters champion Hideki Matsuyama and his woes on the green.

The 59-year old's comments basically hit the nail on the head.

Has he successfully put to bed the myth that it's all about driving for show and putting for dough?

"You can't play this game at the highest level unless you are an extraordinary ball striker.

"It's not about who makes the most putts, it's about who putts the best amongst the best ball strikers.

"And when he (Hideki) has a decent week at putting he has a chance to win."

WATCH WHAT THE VIDEO BELOW

Listen to @chambleebrandel talk about putting VS ball striking. pic.twitter.com/2tD3ecrB7I

It sounds so simple and yet it makes so much sense.

Matsuyama is playing in the Sony Open this week and is one of the favourites.

Putting is important, sure.

But if you want to elevate your game - you gotta hit it pure.

Related: The golf balls used by the world's top 20 players