Bryson DeChambeau has dropped a big clue he is about to (finally) return to PGA Tour action. 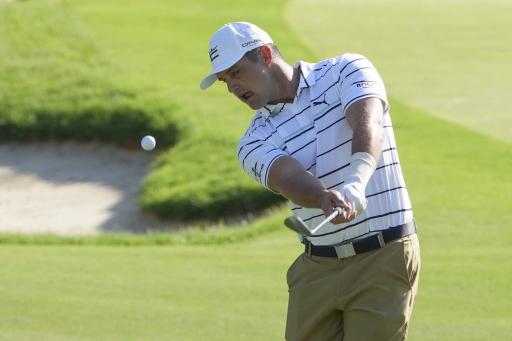 Bryson DeChambeau dropped a big clue he is about to finally return to PGA Tour action: milkshakes.

Related: Bryson DeChambeau on feeling like he lets people down sometimes

The 28-year-old 2020 U.S. Open champion has been injured for such a long time he could be forgiven for writing off this season.

When he has played, he's not really been at 100 per cent. He's been nursing two big injuries. The first of which is a problem with his hip.

He injured that two years ago in his long drive training and that has been causing a few issues. Then there's his wrist.

He fractured the hamate bone in his left wrist when he slipped over (Charlie Browning himself) playing ping pong in Saudi Arabia.

Despite these injuries, he's tried to soldier on. I mean, if Tiger Woods can play through the pain then why can't he?!

DeChambeau made his return at the WGC Match Play where he was knocked out in the round robin format.

He played at the Valero Texas Open, too, but the wrist was still causing issues. After the Masters, he decided to go under the knife.

DeChambeau played practice rounds at Southern Hills in an apparent surprise bid to play the US PGA but decided to withdraw.

Better give someone else a legitimate shot of playing and winning, he confessed on social media.

But as a former champion of the Memorial at Jack's place, it seems like a fitting place to return.

One of the reasons is Muirfield Village's world-famous milkshakes. DeChambeau usually opts for the M&M flavoured one.

He's been leaning out a lot, DeChambeau said in a recent Instagram live, so there won't be too many consumed early in the week.

But it's probably safe to say that when he is again named in the field on Sunday evening by the PGA Tour, it won't be a late withdrawal.