Billy Horschel: "If you don't like me for some reason, I don't care anymore"

Billy Horschel explains his fiery nature ahead of the Zurich Classic of New Orleans on the PGA Tour. 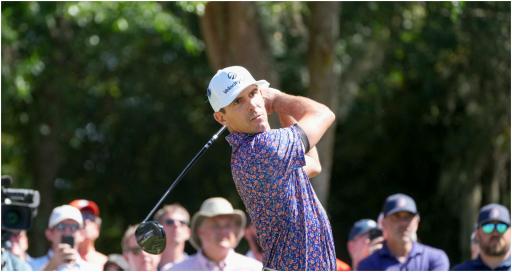 PGA Tour pro Billy Horschel says he "doesn't care" if people don't like him anymore because his competitive fire "burns the way it burns".

Ever since Horschel turned professional he has been a fiery character and doesn't shy away from letting his feelings be known on the golf course.

At the Masters, Horschel let his temper get the better of him again when he was caught throwing his club into the turf after hitting his golf ball into the water.

He previously had to issue an apology to Augusta National and its members after the 2021 Masters when he was filmed slamming his wedge into his bag repeatedly.

There is absolutely no denying, he is one of the most animated players on the circuit and that energy is always directed to himself.

He just wants to win and was arguably extremely unfortunate to miss out on the Ryder Cup team last year.

Horschel, 35, is playing the Zurich Classic this week alongside bright young talent Sam Burns, who has now won three times on the PGA Tour.

Does having a teammate this week mean that Horschel feels as though he has an obligation to tone it down?

Horschel said: "My competitive fire burns the way it burns.

"I wish I could -- I'm not going to say I wish because I don't think if I was this way it would make me a better player, but I envy Scottie Scheffler and some of these guys that they hit bad shots, they're not playing well, you can't tell.

"They're just enjoying the game of golf and they're having fun and laughing.

"I can be that way for a little bit, but it just runs way too hot inside me, and I can't stand not being able to play to the level that I expect of myself on a day-to-day basis.

"There's times that it boils over, and you know what, it happens.

"I've apologized many times for it and I'll apologize in the future for it, too, but that's me, and I just try to -- I just hope people understand that not everyone is cut from the same cloth.

"This is my work, and this is what I do for a living.

"I'm curious if I went to someone else's job and if they were having a bad day and things weren't going that way, how do they act?"

"But my fire is going to be that way the rest of my life.

"I think I've done a better job of handling it and trying to do it in a proper way, especially in a way that doesn't affect anyone I'm playing with.

"Like I said, that's me, and that's the way it's always going to be.

"I've cared enough over the last 13 years of my career to try and please everyone that watches me, and you know what, I can't do anything more.

"I've done everything I can. If you don't like me for some reason, I don't care anymore."

When Horschel finished his lengthy answer, his teammate Burns had the perfect thing to say: "If he gets running too hot this week I'll just go give him a hug and calm him down a little bit."