"What a ridiculous rule. It's stupid in fact. It serves no purpose. It's indeed skill limiting." 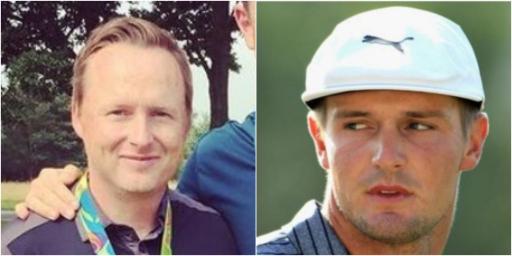 As far as rants go this one is pretty special from world-renowned putting coach Phil Kenyon.

In a memo released to players and caddies last week, it appears the PGA Tour is taking big steps to essentially ban green-reading books.

The details are yet to be ironed out and there are more questions at this point than we can think of.

But what we do know is the changes will be implemented from 1 January 2022.

MORE: HOW COOL IS THIS KOBE BRYANT PUTTER?

Essentially, from next year players and caddies can only use committee-approved yardage books.

The tour claims it wants its players to rely on their skill and feel as much as possible.

Going forward, players will be able to add their own handwritten notes, but only if it's gained through their own eyes in practice rounds.

In a broadside against the PGA Tour, Kenyon wrote:

Kenyon didn't hold back, and has urged people to speak out over an issue he believes is fundamentally wrong.

Another account asked DeChambeau if the Players Advisory Council were behind the moves.

DeChambeau responded: "There was no opposing voice on the PAC. Seems a little sus to me."