Detectives have determined what caused Tiger Woods to crash his car in February, but are seeking his permission before releasing the details to the public, due to privacy concerns. 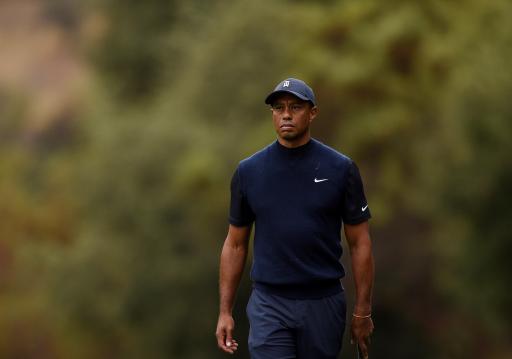 The cause of Tiger Woods' near-fatal car crash last month has been discovered by detectives, but details have not been revealed due to privacy concerns for the 15-time major champion.

Los Angeles County sheriff Alex Villanueva has already been criticised for his comments in the past over the investigation, claiming the incident was "purely an accident" before any tests had even taken place.

Woods suffered multiple leg injuries and has needed surgery, where rods and pins were placed in his leg and ankle in order to repair the serious damage that was caused, while experts say the 45-year-old was lucky to escape the crash alive.

There were rumours that the investigators would seek a search warrant for Woods' blood samples, to test for drugs and alcohol, with Woods having a history of substance abuse in the past, which led to him checking himself into a clinic in 2017 to deal with his issues involving prescription drug medication.

No blood samples were taken, but investigators did obtain a search warrant for the data recorder, also known as a black box, in Woods' Genesis GV80 SUV.

Speaking during a live social media event on Wednesday, Villanueva confirmed the cause of the crash has been confirmed, but details will not be released to the public without the permission of Woods himself.

"A cause has been determined, the investigation has concluded," said Villanueva.

"We have reached out to Tiger Woods and his personnel," Villanueva said. "There's some privacy issues on releasing information on the investigation so we're going to ask them if they waive the privacy and then we will be able to do a full release on all the information regarding the accident.

"We have all the contents of the black box, we've got everything. It's completed, signed, sealed and delivered. However, we can't release it without the permission of the people involved in the collision."

The recent statement didn't sit well with Joseph Giacalone, a professor at the John Jay College of Criminal Justice, who believes that the investigators would not be seeking permission if it wasn't a celebrity who was involved in the crash.

"I don't think I've ever seen a department ever ask for permission like that," he said. "What happens if his lawyers say 'no, you can't send it out now.' And then where does that leave us?"

"I don't think they would have asked any family member of us if they can come out with it."