Could THIS KEY PART of Cameron Smith's game make him a major champion?

Cameron Smith is one of the best putters on the PGA Tour and his short game could be good enough to earn him his maiden major championship in 2022. 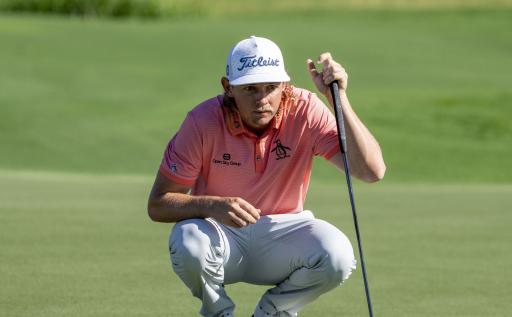 You could argue that Cameron Smith is a throwback golfer. His key strengths don't lie in big distances and hitting the ball 300 yards plus, but in consistency and percentages.

So far in the 2021/2022 PGA Tour season, Smith has made three top-10 finishes in four events including his win last week at the Sentry Tournament of Champions.

He is currently ranked fourth in strokes gained in putting, having played eight more rounds than Beau Hossler and Harry Hall who occupy the top two places.

He is also ranked sixth in total putting in the current season. In 2021, he finished 10th in strokes gained in putting. It is clear where the 28-year-old excels in his game.

Smith's success on the greens has led to four PGA Tour titles and reaching number 10 in the world rankings. He is extremely meticulous and analytical in his routine.

At the Sony Open last year, Smith returned as the defending champion and he spoke to the PGA Tour website about his technique and manner with the short stick.

"I'll pick out a spot next to the hole, some people like to pick out an intermediate spot which is great as well," Smith said.

"What works for me is picking a spot out near the hole. From there, I'll go back and verify basically what I've seen and what I've felt around the putt.

"I'll jump in, wipe the putter face off, something I've always done, walk in, no practise swings. Line it up with the spot and I typically have a look to line up the putter and then this last look, I like seeing the ball drop over the front of the hole."

Putting is a game of feel and personal preference as to your pre-shot preparation, but a tip or two from one of the best putters on the PGA Tour will never go a miss.

He broke the record for the lowest winning score of a 72-hole event at Kapalua Resort last week, which is exactly why he is the strong favourite to go back-to-back at the Sony Open.