Will Zalatoris has the most top-10s on the PGA Tour in 2022 without winning, but this streak could come to an end at the FedEx St. Jude Championship. 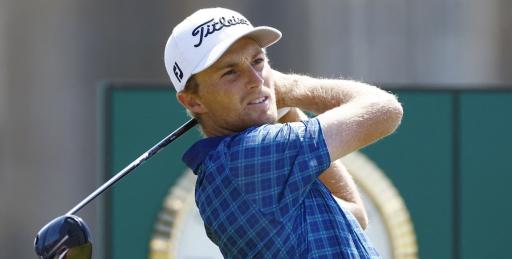 If there is one player who is worthy of receiving an honorary PGA Tour title without winning, it would undoubtedly be Will Zalatoris.

Unfortunately for the 25-year-old, there is no such reward but it won't be long until he does have a trophy in his hands and it could happen as early as Sunday evening.

Zalatoris carded a 65 on Saturday at the FedEx St. Jude Championship to reach 11-under-par, just two shots behind the leader J. J. Spaun and one shot behind Austrian Sepp Straka.

Because of the awe-inspiring season Zalatoris has had, he is fifth in the FedEx Cup standings and on course to make the Tour Championship, the final event of the FedEx Cup Playoffs.

But the impressive young American will be getting tired of contending without conviction. He has made eight top-10's on the PGA Tour in 2022, the most of any player without picking up a victory.

Patrick Cantlay has recorded 10 top-10s which is the most of any player, but he won the Zurich Classic of New Orleans alongside Xander Schauffele back in April.

Describing some of Zalatoris' performances as 'top-10s' doesn't do his form justice. He has been beaten in a playoff twice, including at the PGA Championship, as well as coming second in a brilliant battle with Matt Fitzpatrick at the US Open.

Despite his consistency, Zalatoris reluctantly split with his caddie Ryan Goble ahead of the FedEx St. Jude Championship this week, a move he described as "brutal," but "it was time."

It seems his new looper Joel Stock has settled in well and this could be the alteration Zalatoris needed to convert another top-10 finish into his maiden PGA Tour victory.