Daniel Berger surged in front on day two of the Honda Classic on the PGA Tour with a second consecutive round of 5-under 65. 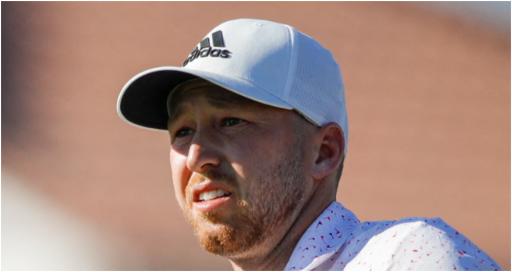 Sublime Daniel Berger surged in front on day two of the Honda Classic on the PGA Tour.

The young American, who starred in the United States' Ryder Cup win, has gone 65-65 over the first two days in Florida.

At the time of writing it was good for a three stroke lead over American Chris Kirk. Kurt Kitayama and Rory Sabbatini were due to tee off.

Berger's round was capped off with a brilliant 38-foot birdie putt on seven at PGA National as he made the turn in 3-under par.

He played perhaps one of the most brilliant, audacious flop shots off a bare lie at the par-70 layout we have seen for quite some time.

Berger's first round, a bogey free 5-under 65, tied the second lowest first round score of his PGA Tour career.

That victory came at the 2020 Charles Schwab Challenge. On day two in Florida, Berger, 28, only dropped one shot.

Famed for its three hole stretch from 15 called The Bear Trap, it has lived up for its reputation for carnage.

In round one, America's Nick Taylor brutally four-putted from five feet after finding the green.

At the time of writing, the cut line was over par.

Brooks Koepka is in the considerably weaker field this week and opened with a 2-under. He surely will be a factor this weekend.

It looks like there’s gunna be an over par cut!!! PGA National via the Bear Trap remains a monster #golf

The Bear Trap bites in many different ways.

Doing work with the wedge.

Leaderboard as of 6pm GMT