Danny Willett has the LIV Golf Tour players to thank as he finds himself in contention again on the PGA Tour at the Fortinet Championship. 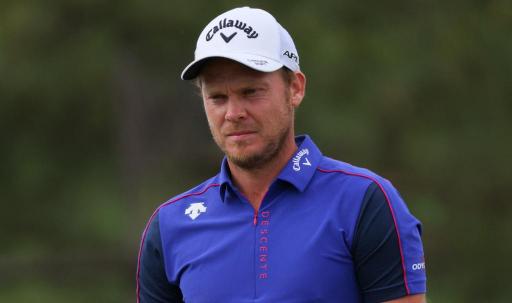 Danny Willett says he is hoping to take advantage of the lucky break that was handed to him at the hands of the LIV Golf Tour "rebels".

The 2016 Masters champion lost his full PGA Tour playing rights after the 2021-2022 season finished a few weeks ago.

But the PGA Tour removed the LIV Golf Invitational Series players from the FedEx Cup, meaning that the Englishman retained his Tour card. Just.

Now he's in contention to win again at the Fortinet Championship at the Silverado Resort & Spa in Napa, California. It is the first tournament of the new season.

Willett carded an opening round of 68, a stunning bogey-free 64 and 72 to sit only one shot back of Justin Lower before the final round.

Lower, you might remember, was the player who was absolutely lost for words and in tears when he missed out on his chance to compete in the FedEx Cup playoffs.

Willett's last victory came at the 2021 Alfred Dunhill Links Championship. That tournament is due to take place in a few weeks' time where a posse of LIV players will be playing, much to the annoyance of Rory McIlroy.

It followed a spell where he went winless for more than two years after winning the BMW PGA Championship at Wentworth.

"Yeah, we kind of got handed a lifeline with the [LIV Golf] guys leaving," Willett said. "We kind of had to reassess things and decided we'd press on and play a little bit more this fall over here and really try to get some points up early."

Max Homa, the defending champion here, is looking to claim his fifth PGA Tour victory. He also took a shot at LIV after the first round.

Ben An, who is now back on the PGA Tour, is also in the mix. An was subjected to a simply shocking comment here this week.

Leaderboard at the Fortinet Championship after 54 holes:

Next page: DJ in hot water with Paulina Gretzky over question at LIV event