Tiger Woods' pal Lee Trevino knows when - not if - the big cat will play golf again and was told the news during the PNC Championship in December. 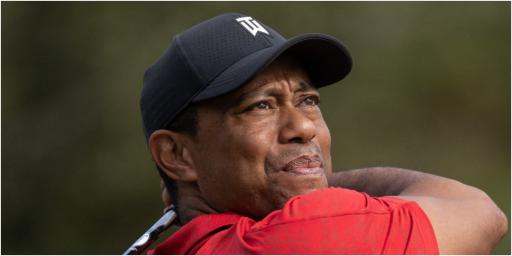 Tiger Woods has known legendary golfer Lee Trevino since he was eight years old and reportedly he's told him a secret.

That secret being when he will next play professional golf. The key word in that sentence is when and not if.

Woods turned 46 in December and as he has already reminded us several times the clock is ticking.

His days - sad as it may be to admit it - are well and truly numbered.

Related: What you may have missed from the 'making progress' Tiger Video

Related: Trevino and Woods put on a wedge masterclass

Trevino - now 82 - and still slapping it round, making eagles at the PNC Championship spoke with Woods at the PNC, he said.

The legenday golfer was also spotted giving out some advice on how he likes to play his wedges so as to never miss his target left.

Trevino was quoted by Golf as saying:

"I know when he's going to play and when he's not.

"You're not getting nothing from me.

"I know when he's going to play and when he's not. He already told me all that stuff.

"He and I are good buddies. We've been good - I've known him since he was eight years old.

"Appreciate him very much. I know what he's going through.

"I've gone through these back operations and stuff, and whatever time limit you give him, he'll beat it."

Woods is reportedly keen on playing at the 150th Open at St Andrews.

One analyst believes that might be when he decides to finally call it a day. Surely not?

Woods and his son Charlie combined beautifully on the final day of the PNC Championship in December to shoot a 59.

Afterwards, Woods described how frustrated he was at not being able to hit the ball as far as he knows he can.