Viktor Hovland said last week's runner-up finish stung him, but he will return in search of glory at the Players Championship this week. 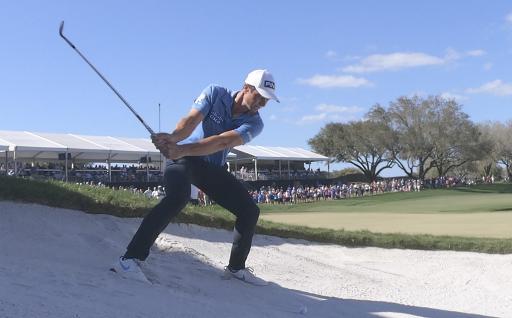 GolfMagic successfully tipped up Scottie Scheffler at 16/1 to win the Arnold Palmer Invitational last week. Andy and Matt, who get given a virtual tenner to spend each week on the PGA Tour, are now looking to go back-to-back at The Players Championship this week. Let's see who the boys are backing at TPC Sawgrass.

Viktor Hovland said that missing out on victory at the Arnold Plamer invitational "will sting" for a while, but he is back at the Players Championship this week.

The young Norwegian is in incredible form having won three of his last eight tournaments around the world and although he narrowly lost out to our winning 16/1 tip Scottie Scheffler at Bay Hill on Sunday, we fancy Hovland to get his own back at TPC Sawgrass.

The Players Championship is arguably the PGA Tour's flagship event and it was the scene of Justin Thomas' 14th PGA Tour title in 2021.

Phil Mickelson and Bryson DeChambeau are notable absentees from the tournament this year, as well as Kevin Na and Harris English.

CHECK OUT OUR FOUR PICKS FOR THE WIN:

Collin Morikawa has only played at the Players Championship once. Since finishing 41st at TPC Sawgrass in 2021, he has become The Open champion and almost reached the World No.1 spot.

The 25-year-old has made four appearances on the PGA Tour this season and he is yet to place worse than seventh. He is currently ranked first in strokes gained in total, so 14/1 seems a very generous price.

Daniel Berger squandered a five-shot lead in the final round of the Honda Classic, however, the World No.20 has made two top-10's in four appearances this season.

The 28-year-old finished ninth at the Players Championship last week and he is currently ranked in the top ten for strokes gained in total, from tee to green and in approaching the green.

Viktor Hovland has already won at Mayakoba and the Hero World Challenge this season and he was unlucky not to win at Bay Hill last week.

The World No.3 is ranked second in birdie average and 10th in strokes gained from off the tee. He is arguably the best golfer in the world right now and 20/1 seems very generous.

Patrick Cantlay has finished outside the top 10 once in five appearances on the PGA Tour this season. He won four times in 2021 and his form has clearly carried through.

He lost in a playoff to Scheffler at the WM Phoenix Open and his superb scoring average of 69.612 has put him on the brink of winning his seventh PGA Tour title.

Agree with our picks for The Players? Who do you fancy for the W this week? Share your thoughts and comments over on the GolfMagic social media channels.

Next Page: Paige Spiranac ranks in top 10 of MOST TROLLED female athletes