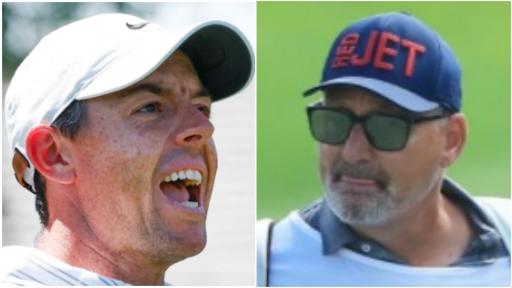 Horschel's caddie Fulcher took to Twitter to address his thoughts after seeing the likes of Ian Poulter and Rory McIlroy criticise the state of the greens at Bay Hill, especially in the final round.

A "punch drunk" McIlroy admitted to Arnie's Place being like "crazy golf" on the weekend, while Poulter called the greens "over the edge".

Question…. Why is it when a course gets tough … maybe be on the edge … when a course is to easy .. “American Express “ … the very same players fucking moan ? Any thoughts

"What a piece of s*** set-up f***ing putting contest week," Rahm was heard saying as he marched off a green - WATCH HERE

Lee Westwood responded to Fooch's comment with: "It's because you caddies are so good we can't blame you so we have to find something else."

Ian Poulter also chimed in with a fishing rod emoji.

Next Page: The best angry club throws of all time on the PGA Tour... have you ever reacted like this on the golf course before?!