"They both are on that never-ending quest to get better," Chris Como coaches Bryson DeChambeau and also coached Tiger Woods from 2014 to 2017. 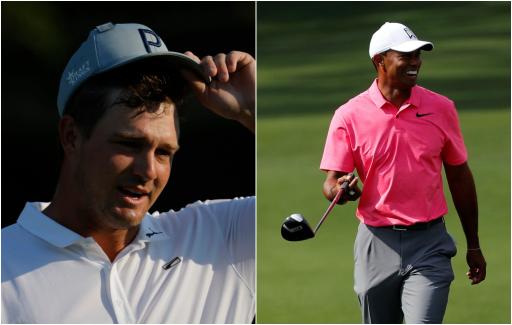 In an interview with Golfweek, Chris Como discussed the similarities between his current student Bryson DeChambeau, and 15-time major winner Tiger Woods.

Como has long been associated with the game of golf, dedicating much of his life to helping golfers improve by working with doctors, osteopaths and biomechanists.

The experienced coach now works with DeChambeau and was a crucial part of his transformation into a dominant player on the PGA Tour last year. Having also coached Woods between 2014 and 2017, Como compared their styles and approaches to the game.

"They both are on that never-ending quest to get better," said Como, speaking to Golfweek.

"That's a weird thing in that sometimes people when they are trying to get better get worse. Some would argue that Tiger shouldn't have changed his swing in 2000. I don't know.

"I agree that his swing in 2000 is probably the best anyone has ever swung a golf club, but it is a 20/20 hindsight argument because at the end of the day, him trying to keep getting better was the same process he had had his whole life.

"I think Bryson really adopts that whole process of every day, regardless of where's he's at with his game - even if he just won the U.S. Open or Bay Hill, he's trying to get better."

DeChambeau has won both the US Open and the Arnold Palmer Invitational in the last seven months, so it looks like Como and the World No.6 are working well together.

DeChambeau's big-hitting style has before come under scrutiny as some golf fans claim there is less skill involved with hitting the ball long distances, but Como addressed this misconception.

"I think it's that he's this uber-technical golfer with no feel. He's so gifted from a feel perspective, from a creativity perspective and has an artistic side to him and how he plays the game."

"He's not a robot just crunching numbers. He's trying to use both aspects of him - the analytical and the creative - and from my perspective as a coach, I'm very aware of what his feels are."

NEXT PAGE: ONE OF ITALY'S MOST LUXURIOUS GOLF DESTINATIONS SET TO RE-OPEN IN JUNE