Pace of play is never far from the headlines and discussion in the golfing world, but has Jon Rahm finally found a solution for this issue? 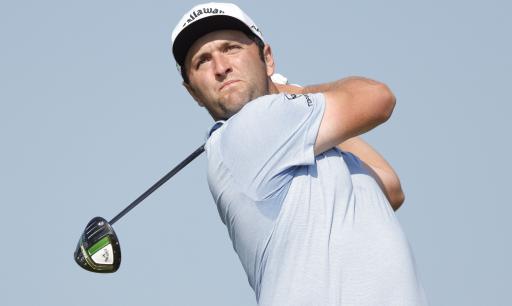 A topic that will forever be discussed in the world of golf is pace of play and how valuable seconds and minutes can be chopped off our rounds.

The debate reignited during last week's PGA Championship, as it was the first time on the PGA Tour when distance measuring devices were allowed on competition days.

But Jon Rahm thinks he may have found a solution with a method he calls "A.I.M", which stands for "Always in Motion".

The World No. 3 tested out his new method of fast golf on the practice ground and the method requires the player and the caddie to stay on the move throughout their round without stopping.

At the end of the video, it was clear that Rahm and his friend were joking and couldn't help but laugh at their antics. As you can see in the video, the high-tempo style and lack of time spent over each shot would not last on the PGA Tour.

Golf fans left their comments on the Spaniard's innovative idea:

"I don’t think you played that one quick enough," one fan commented.

"We love that Rahmbo!!" another fan said.

"That would be so rad to implement a few “Speed Round” tournaments throughout the year. Definitely gonna talk to some folks about this idea," another fan commented.