Jack Nicklaus claims "no amount" of money would have persuaded him to ditch allegiance to the PGA Tour. 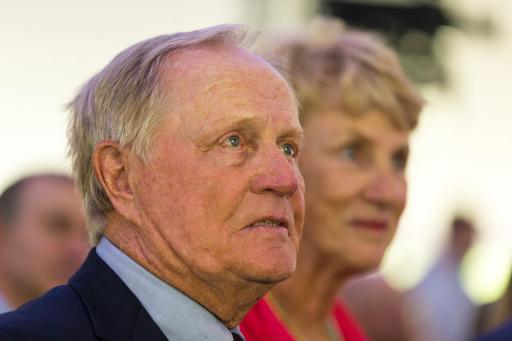 Legendary golf icon Jack Nicklaus has confirmed he met with the Saudis over the role Greg Norman now occupies.

But the Golden Bear claimed that it was just out of "courtesy" after the meeting was set up by his son Jackie.

Speaking ahead of the Memorial on the PGA Tour, 82-year-old Nicklaus said he met two representatives from the LIV Golf Invitational Series.

Overnight, the list of confirmed participants was finally released which included Dustin Johnson. Former World No.1 Johnson said in February he was "fully committed" to the PGA Tour but now has U-turned on that decision.

"Well, they obviously called me. And we've had a contract on a golf course in Saudi Arabia for over a couple of years," he said at Muirfield Village.

"[They are] essentially the same group.

"So when they called Jackie -- my son Jackie organized the meeting, and they came into the Bear's Club.

"We met a couple of guys. John Rees and Paul Stringer from the Nicklaus companies were there because we were doing the golf course, and they proposed this thing to me.

"You know, I did it out of courtesy to them because we're doing a golf course for them.

He added: "I've got zero interest in wanting to do something like that.

"My allegiance is there and it's going to stay there.

Nicklaus was asked what he hopes comes out of all this rival league drama that benefits the game.

"They're coming from all over the world.

"If it grows the game and benefits some people and spreads the game, fine. But I think we've had enough of that. Let's talk about the Memorial Tournament."

Nicklaus was asked if his tournament would fall in line with the PGA Tour and ban players.

He said: "The PGA Tour will answer that. I don't think that's my question, frankly.

"We live by the rules of whatever the PGA Tour is. That's what we do."

Nicklaus is also being sued by Nicklaus Companies. On 13 May a complaint was filed to the Supreme Court of New York alleging he was in breach of contract as well as tortious interference and breach of fiduciary duty.

Part of that lawsuit alleges "wrongful conduct" regarding Nicklaus's negotiations with the PIF Saudi Investment Fund.

Nicklaus previously told The Firepit Collective he turned down $100million to work with LIV Golf.