Jason Day has withdrawn from the John Deere Classic at TPC Deere Run on the PGA Tour. 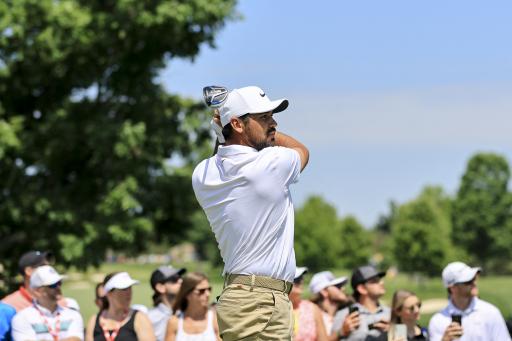 Jason Day’s struggles on the PGA Tour look to be continuing after he was forced to withdraw from the John Deere Classic with a back injury.

Former World No.1 Day withdrew on Thursday and was replaced in the field by Ted Potter, according to the PGA Tour’s official communications team.

The news will come as a blow for the tournament hosts at TPC Deere Run. Other withdrawals earlier in the week include Davis Riley and Daniel Berger.

Berger was the highest ranked player in the field. In fact, he was the only player inside the OWGR top-50 players to enter the tournament.

Stricker has recently waded into the LIV Golf drama with his opinion on the enduring saga in the golf world that sees the main, established Tours scrapping to keep their best players.

Hoffmann, in particular, is the type of player that every PGA Tour pro appears to be rooting for these days. Hoffmann was diagnosed with facioscapulohumeral muscular dystrophy in 2016.

He decided to leave the United States in search of alternative, non-Western medicines. A wild story later surfaced about how he was living in a jungle in Costa Rica.

Now he’s back and is fighting to try and earn full playing rights next season.

He missed the cut last week at the Travelers Championship at TPC River Highlands. His only top-5 finish this season came at the Farmers Insurance Open at Torrey Pines.