Grayson Murray has revealed he was actually out of pocket despite shooting four rounds in the 60s on the Korn Ferry Tour. 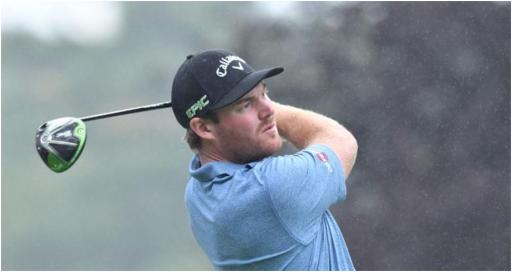 Murray is one of the more interesting characters on the circuit and has previously detailed his battle with alcoholism whilst playing on the PGA Tour.

Murray still plays on the circuit but also dabbles on the Korn Ferry Tour. And even though if you win on there it's good money, it can be a proper grind.

Last week Murray played the Veritex Bank Championshiop and the 28-year-old had a decent week shooting rounds of 68, 66, 66 and 69.

It was good for him to finish on 15-under par in a tie for 26th place. But the 28-year-old revealed how he actually ended up out of pocket.

played in the KFT event this week and shot rounds of 68, 66, 66, 69……going home with less money in my pocket than i started the week. Practice hard kids if you want to make golf your living.

wasn’t complaining. i’ve made millions on the course im not going to skip meals haha. i was just giving an insight into what it’s like on another tour than the pga

Murray said he wasn't complaining, but said he wanted to highlight just how hard it is to make ends meet and that he has made plenty of cash playing the PGA Tour.

"Practice hard kids if you want to make golf your living," he wrote.

Murray hit the headlines when he accused the PGA Tour of not helping him with his battle with alcohol.

Last July he posted a detailed summary of his struggles with the disease.

"Not once have I ever had a request been acknowledged by the commissioner [Jay Monahan] or the PAC [Player's Advisory Council] other than "we will get back to you."

"I hope people are held accountable in the roles they serve. Bless y'all."