Jon Rahm: I will NOT touch a club for the foreseeable future!

Former World No.1 Jon Rahm has expressed a desire to take a break from the PGA Tour after falling short at the CJ Cup in South Carolina. 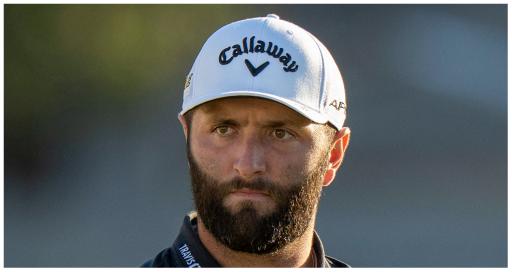 Jon Rahm has admitted he will be taking some "very much needed" time away from the PGA Tour after falling short at the CJ Cup.

Rahm, 27, came into the week at Congaree Golf Club in good form having recently emulated his hero Seve Ballesteros in his home country.

But in the end the 2021 U.S. Open champion conceded he was battling too many swing thoughts and grew frustrated with his putting.

Rahm, who last week claimed he was confused at Phil Mickelson's comments about the warring tours in golf, eventually finished on 14-under par for the tournament which was three shots back of champion Rory McIlroy.

It looked as though the seven-time PGA Tour winner was going to really pile the pressure on McIlroy after carding a 9-under 62 on Friday.

But in truth it just wasn't meant to be on Sunday, particularly with the flat stick. He lost as many as -0.267 strokes in this department, per statistics from the official PGA Tour website.

Fellow PGA Tour pro and father-to-be Max Homa has also admitted he will be taking some time away from the game.

And it seems like Rahm - who believes LIV Golf players should be able to participate in the Ryder Cup - is in desperate need of some rest and relaxation too.

"I mean, listen, with how bad I felt [on] Thursday morning, if you told me I was going to shoot 14-under, I wouldn't believe you, I'm not gonna lie.
"That 9-under-par round was something I never expected. The other three rounds is pretty much how I felt, battled out to shoot a couple under par because swing wasn't quite there. It was good off the tee, but my iron game just wasn't good."

"[I'm] looking forward to some time off. [I] will not touch a club for the foreseeable future, [it is] very needed. And weather forecast is great in Scottsdale, so [it's] time to be a dad and enjoy some benefits of good play, good fall and just be home and again, be dad and have a good time for a little bit."

In August, Rahm announced the news of the birth of his second son Eneko with wife Kelley Cahill. His first son, Kepa, was born in April 2021 on the eve of The Masters.