Jon Rahm missed from 11 inches but what about these shockers?!

Jon Rahm's missed putt from 11 inches will not be forgotten. But do you remember these putts from Phil Mickelson, Rickie Fowler and Hale Irwin? 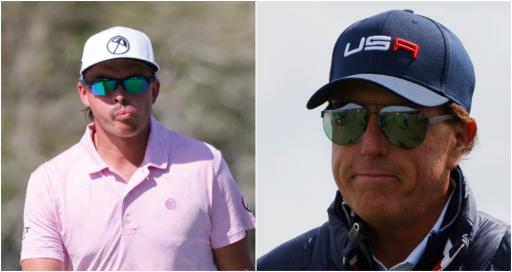 Jon Rahm hit the headlines for the wrong reasons when he missed a putt from 11 inches at the 2022 Arnold Palmer Invitational.

Perhaps we should give the World No.1 the benefit of the doubt as he tried to actually stop his stroke. He didn't commit and then miss.

His hands were sweaty, he later confessed, adding: "I wish I could give you all of the excuses in the world".

There is no doubt about it. It was an absolute shocker of a moment from the Spaniard whose putting woes have been all too evident lately.

Over the years, we have seen some incredible misses that even after you watch them you have to scratch those peepers.

GolfMagic decided to look at three of the worst in the history of the game.

If you have any more, let us know on our social channels.

Fowler missed this beauty at the 2020 PGA Championship. It was from one inch. And he missed the cut.

That meant his streak of never missing the weekend in a major dating back to 2016 came to an end. Oh, Rickie.

Big fan of Rickie Fowler but that's a 6. He tapped that ball. #PGAChamp #PGA pic.twitter.com/8tY8DnVw5w

This whiff by legendary golfer Hale Irwin became the stuff of legends at Royal Birkdale.

"I don't know what happened. I'm guessing it was a mental lapse," he later said.

Irwin was later defeated by Tom Watson. The difference? One stroke.

The shortest putt ever that might have produced a Major victory ...

Hale Irwin on the 14th in R3 whiffs a 6 inch putt and loses by a stroke to Tom Watson at Royal Birkdale ... pic.twitter.com/WDJLv1EcCJ

Mickelson got every golf fan out of their seat with this.

This was an almighty gimme gaffe. He eventually finished T52. Gary Woodland won.

Phil Mickelson misses “shortest putt of any player on this tour ever,” according to Paul Azinger, who may have a point ... pic.twitter.com/wCGCL1isLl