It's a move that Justin Rose is known for doing before every shot and here is the reason he does it. 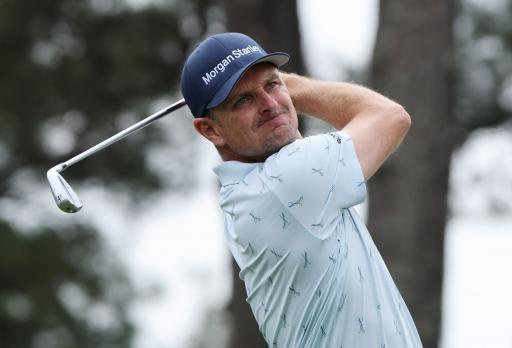 The PGA Tour posted a video on social media of Justin Rose explaining the reason behind his famous "pump fake" pre-shot routine that he does before most of his shots.

Rose shot a phenomenal 7-under par opening round at The Masters during one of the most difficult days at Augusta National we have seen for a long time and some golf fans took to Twitter to see if they could find the reason why the Englishman does the same move before every shot.

The PGA Tour decided to help those fans out by posting an old video where Rose explains his iconic pump fake move and why it's important for him to get the correct feel.

The pump fake.@JustinRose99 walks you thru his pre-shot routine. pic.twitter.com/egZX4Idy2y

"Obviously you always see me pumping here," explains Rose. "Pump faking or whatever it is. That is the feeling of me somewhat trying to feel. I hate it when my left arm gets out. That's my fault.

"Now, I'm never going to get the club into that position because as soon as I bring rotation in, the club always get pulled out in front of me.

"But when there's no momentum to the swing, that's my feel. So even on the golf course I feel like I'm doing this but as soon as I rotate to the left, the club's in delivery."

NEXT PAGE: Tommy Fleetwood makes "SPECIAL" hole-in-one during round one of The Masters