The 12-time PGA Tour winner has been speaking about the Saudi International, due to take place next February. 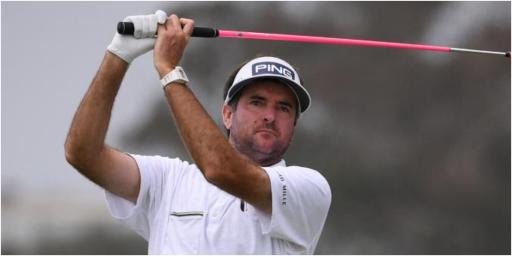 Bubba Watson has always been the type of player who is strongly opinionated.

The two-time Masters champion is one of a number of big names who is down to play the 2022 Saudi International.

But here is the catch, the PGA Tour is yet to grant releases for players to play at Royal Greens Golf and Country Club in February.

Watson, 43. who recently told of the mental struggles of life in the professional game in his new book, has given his thoughts.

"There's women's tournaments already that they sponsor. Trying to grow the game. They're trying to change industry over there, bring golf, bring tourism to Saudi Arabia with the beautiful beaches that they have."

"It will be interesting to go over there and play, but also see the beauty of other parts of the world that God's created. I can't wait to get over there. Hopefully the Tour lets us go.

Again, you know, the charity dollars is what's most important, so the more money I can get in my hands, the more I can give away. So it's an honour and a privilege if they let me go over there and play."

The PGA Tour has previously said in statements that no players have been granted releasing for the tournament.

It is controversial because it is seen as sportswashing in that the Kingdom is trying to use sport to clean itself of its human rights abuses.

This is the field:

I really dislike hypocrisy and selective outrage. Where do you draw the line? F1, World Cup & Olympics in Russia, golf & Olympics in China plus World Cup in Qatar are ok? But, golf in Saudi Arabia is not? Explain what level of human rights abuse is OK? Enes Kantor is right.

Rory McIlroy has recently spoken about this issue, arguing that players should be allowed to choose what tournaments they play.

"I think the professional game needs to get to a point where we as professionals need to know where we stand. Are we actually independent contractors? Are we employed by a certain entity? There's a lot of grey area in that and that's what sort of needs to be sorted out, I think."