Players on the PGA Tour were as excited as golf fans around the world to discover that Tiger Woods will return to the PNC Championship with his son Charlie. 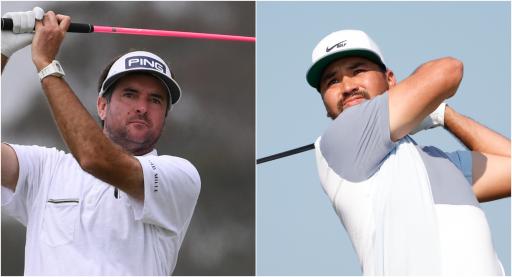 Players from the PGA Tour were ecstatic to hear the news that Tiger Woods confirmed his spot at the PNC Championship alongside his son Charlie.

The unique family event allows 20 major champions to tee it up with a member of their family. The Woods pair played alongside Justin Thomas and his father Mike last year.

After weeks of speculation and rumours that there was a spot being held for Woods at the tournament, the 15-time major champion confirmed his participation yesterday.

At his press conference at the Hero World Challenge last week, Woods said that fleeting appearances like this were acceptable, but he ruled out a full-time return to the PGA Tour.

He hit balls at the driving range in the Bahamas in his Sunday red, which sparked even more excitement and jubilation amongst golf fans.

Although his swing looks soft and hesitant, it will be great to see the 45-year-old in action with his son next week in Florida.

Many players from the PGA Tour were excited to hear the news of Woods' return including the two-time Masters champion Bubba Watson, who hopes his own son can spend some time with Charlie.

"After I saw his swings last week in the Bahamas, I texted him. I said, ‘Hey, are you going to play next week?’ He said, ‘Man, I don’t know if I can get around but I’m trying, I’m working.’ So it was interesting to hear that he signed up and he’s there," Watson said.

"I’ll be there and I’ll be one of those people that follow him around, trying to see how he’s doing, making sure everything’s good. And then watching Charlie. My son actually asked if he could take his whole bag this year.

"I snuck a wedge and a putter last year and let him hit balls on the range with Charlie and Tiger right there, so this year he asked if he could take his whole bag. So I can’t wait to see the whole family there, my whole family there just to give him a hug and embrace him."

Jason Day, who recently showed the world his epic golf complex in Columbus, Ohio, was encouraged by Woods' announcement.

"I think it’s very positive. I’m just as excited as everyone else when it comes to watching him swing a golf club. I think it’s just a little farther away from him tournament ready and playing on the PGA Tour again if he can than most people think.

"Playing in the PNC is another encouraging sign. When that first video came out, it was still that Tiger swing everyone knows. It’s great to see."

Kevin Kisner, the winner of last season's Wyndham Championship, believes that if anyone can return from such serious injuries, then it is Tiger himself.

"At least he’s back swinging, and that’s a positive. And I hope he’s back here sooner than later. If he can get back here.

"I’ve never had a sustained injury like he has, and he’s had a lot, so I don’t know how long it takes to getting back healthy enough and feeling comfortable enough to try and get back out on the PGA Tour. But if anybody can do it, it’s him."

Lexi Thompson is partnering up with Bubba Watson at this week's QBE Shootout and she was as excited as her partner to see Woods' big announcement.

"Well, Tiger’s amazing for the game. He’s somebody who I’ve always looked up to growing up playing golf. Definitely wasn’t expecting him to come back after what he went through, but not surprising at all with how hard he works and how determined of a person he is.

"But he’s great for the game, he’s grown it dramatically, so I’m happy he’s coming back and looking forward to what he has in store."

NEXT PAGE: OLYMPIC OSTEOPATH BELIEVES TIGER WOODS WILL BE AT THE OPEN: "ABSOLUTELY, 100%!"